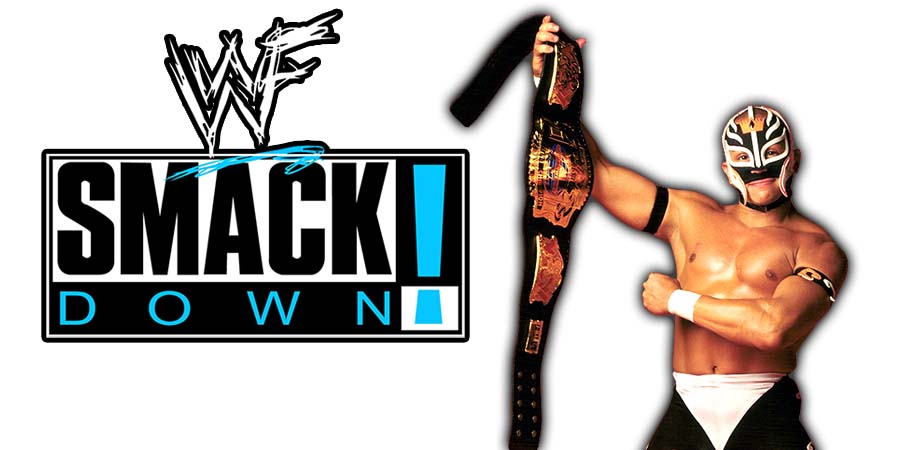 – Charlie Norris vs. The Mask

The historic 1000th episode of SmackDown, SmackDown 1000, took place tonight and the highlight of the show was Batista planting seeds for a future match with Triple H.

Let’s take a look at 10 interesting stats from SmackDown 1000:

– 1st Ever Title change on SmackDown in Washington, DC took place when The Bar defeated The New Day to win the SmackDown Tag Team Titles.

– Evolution (Triple H, Ric Flair, Batista & Randy Orton) made its first ever appearance on SmackDown as a group.

– The Bar joins The Usos as the teams who have defeated The New Day to capture Tag Team Titles on multiple occasions.

– While he was not involved in the match, Kofi Kingston (of The New Day) lost a Title for the 3rd time in Washington, DC.

– The Big Show, The Undertaker & Triple H are the only wrestlers to appear on both the 1st and 1000th episode of SmackDown.

– SmackDown has aired on October 16 three times and Rey Mysterio has competed in the main event of all 3 of these shows: