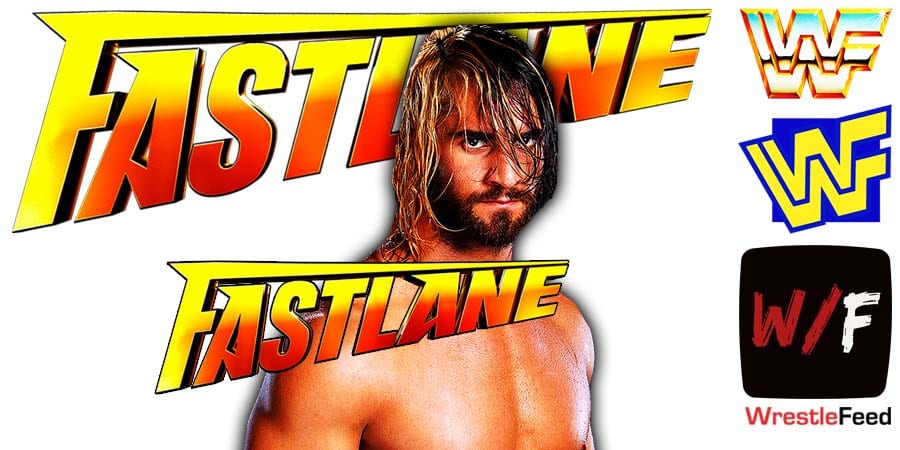 On tonight’s go-home episode of SmackDown for this Sunday’s WWE Fastlane 2021 pay-per-view, Seth Rollins claimed Cesaro is jealous of him.

Seth said he’s a WrestleMania main eventer while Cesaro is just a failure that couldn’t grab that brass ring.

Shinsuke Nakamura interrupted and told him to shut up. Nakamura then took out Rollins with a Kinshasa.

It was also announced on SmackDown that Drew McIntyre vs. Sheamus at Fastlane will now be a “No Holds Barred” match.

In the main event of SmackDown, Edge wrestled on the blue brand for the 1st time in over 10 years and defeated Jey Uso to become the “Special Guest Enforcer” for the Universal Title match at Fastlane.

WWE also confirmed that Mustafa Ali will get a US Title rematch against Riddle at Fastlane.

Below is the updated match-card for WWE Fastlane 2021:

Note: Shane McMahon vs. Braun Strowman was also announced for Fastlane, but WWE is no longer advertising it on their website.

5. The One Man Gang vs. Rick Hunter