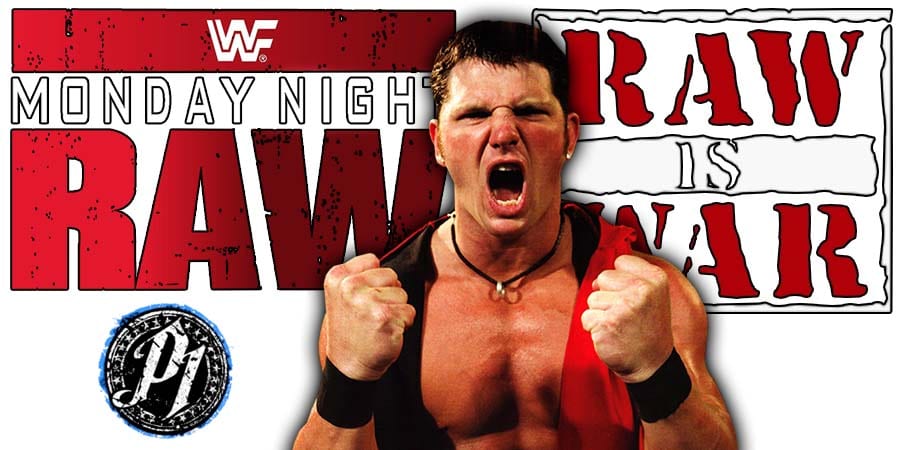 With WWE’s new policy of taking over wrestlers’ Twitch, Cameo, Mixer, YouTube and other third-party business accounts coming into effect earlier this month, some wrestlers have decided not to be involved in such activities for a while.

AJ Styles announced today that he’s going to suspend his streams on Twitch and Mixer for an indefinite period of time.

“@everyone, I want to thank you all for the great memories on Mixer and Twitch. I will cherish these memories and I love everyone one of you that have made this possible and supported me.

As many of you know WWE is making some changes that involve streaming. We will see what the future holds in that regard. With that being said I will be suspending Stylesclash stream. This isn’t good bye, but this is see you sometime in the future.

We will leave discord open, but since it won’t be monitored we will be making changes. Chris or I will let you know what that looks like once we figure it out. If you see me at the arenas or wherever be sure to let me know you’re part of the phenomenal family. Again this isn’t the end it’s just a pause. Thank you again for your support.” 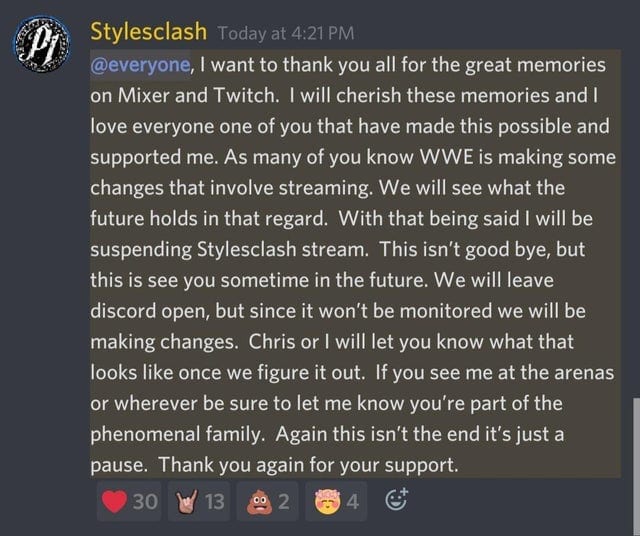 Mia Yim (RECKONING of RETRIBUTION) also made the same decision and wrote the following about it on Twitter.

“Sorry guys, no more stream for the time being. Thank you for making these past few difficult months manageable. It’s not goodbye, it’s see you later. 💙 “

Sorry guys, no more stream for the time being. Thank you for making these past few difficult months manageable. It’s not goodbye, it’s see you later. 💙 https://t.co/9XHbOikGLL

In 2005, he was inducted into the WWE Hall of Fame by his former manager, Bobby “The Brain” Heenan.