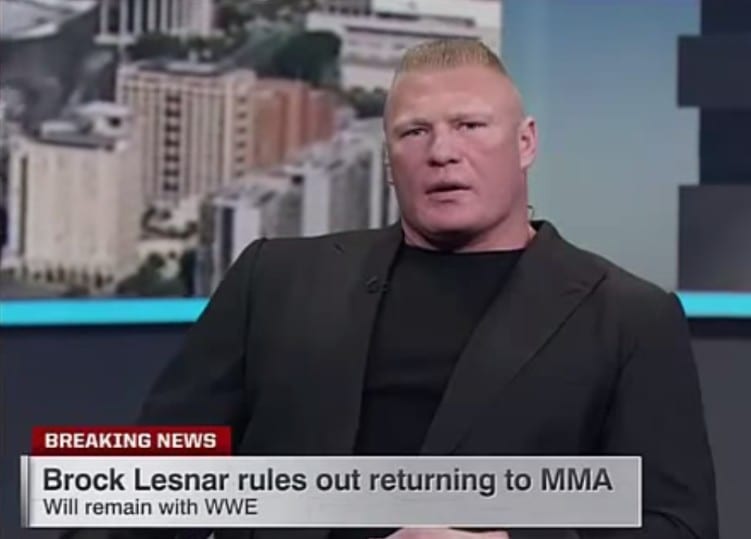 Brock Lesnar closes the door on his MMA career

In his interview with SportsCenter, Brock Lesnar revealed that he was doing MMA training for the past two months, and the training was said to be very serious as his plan was to return to the UFC. Brock Lesnar said that one of the reasons for closing the door on his MMA career is that he was missing something mentally. He said he is in a great physical shape, but he didn’t feel right mentally for his MMA return. Another reason that led to this huge announcement was that Lesnar’s close friends and his wife Sable did not want Lesnar returning to MMA. With Brock Lesnar signing a multi-year deal with WWE, this will lead to some great feuds between him and top as well as upcoming talent.