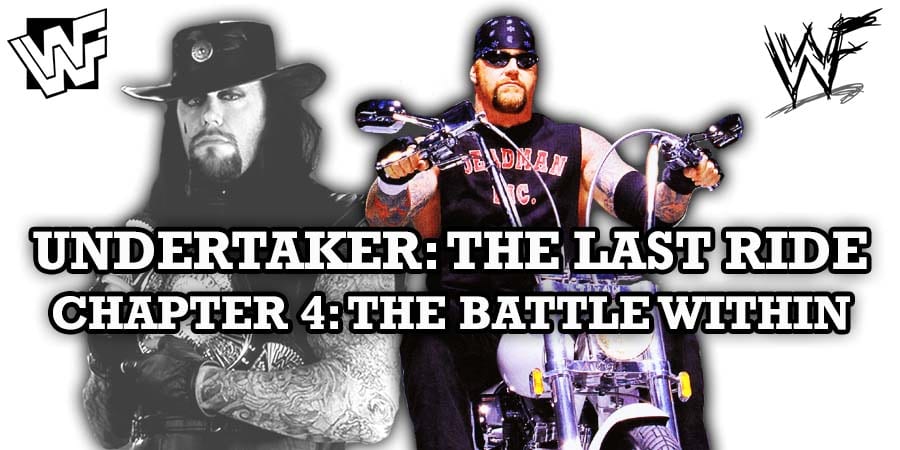 “Chapter 4: The Battle Within” of Undertaker: The Last Ride docuseries is now live on the WWE Network.

– With Taker thinking his career is over, he decided it’s time to cash-in on opportunities that he passed on back in the day to protect his character.

– Taker then talked about agreeing to do a signing session at Starrcast II, but he had no idea that it was taking place during AEW Double Or Nothing weekend.

– Vince McMahon called Taker and asked him what he’s doing, as fans are thinking that he’s going to show up in AEW.

– Taker and Vince had a little bit of a falling out because of it and Taker understood why.

– They didn’t talk for a while, but they settled their differences. They worked things out and Taker said that it has been “rainbows and sunshine since”.

– Taker said that he doesn’t think he’s going to be working WrestleManias from now on.

– Taker said he didn’t want to be on the WrestleMania card just for the sake of being on the card. He doesn’t see the point in being on the show if what he’s doing is not important or doesn’t mean anything. 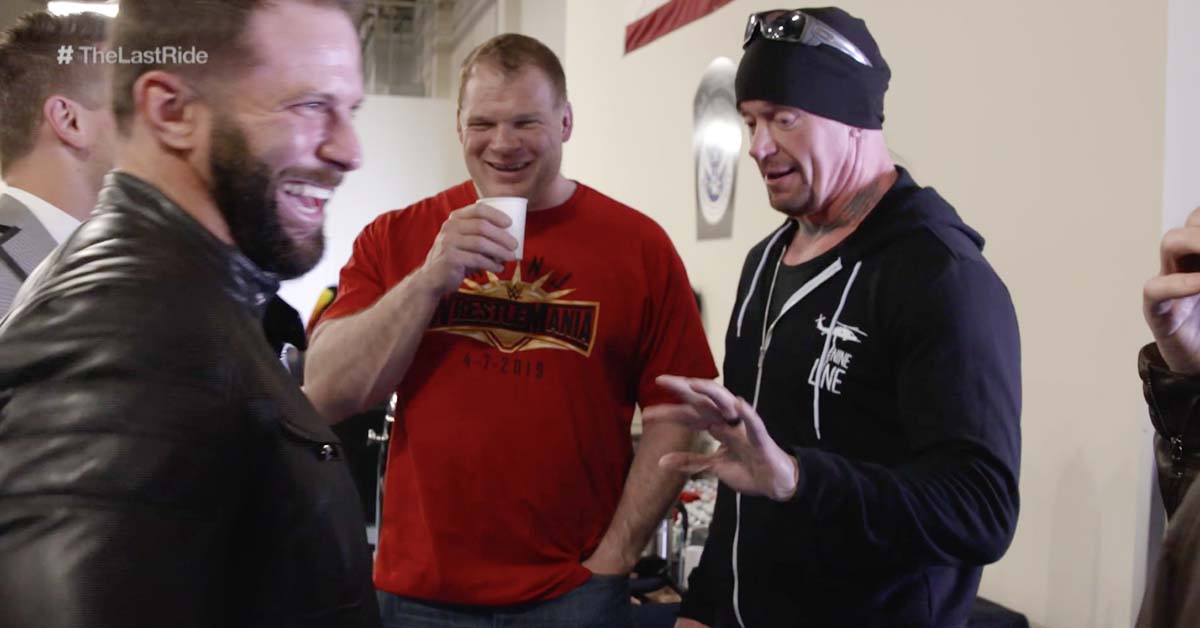 – Michelle McCool said it felt weird Taker wasn’t a part of WrestleMania 35, but then Taker got a text from Vince that he would be needed on RAW after WrestleMania.

– Taker didn’t bring his gear with him, so he took a flight back to Texas to get his gear and come back.