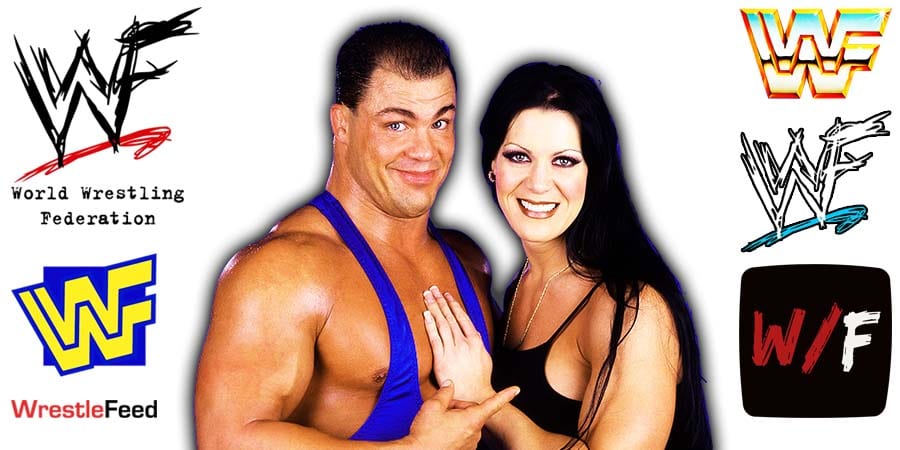 During an episode of the Wives of Wrestling podcast, Giovanna Angle (wife of WWE Hall Of Famer Kurt Angle) talked about her WrestleMania 38 trip and security at the AT&T Stadium.

“We were in the back of the golf cart trying to find our car, and people do some crazy sh*t outside after ‘Mania. It was the coolest frickin day. But they were like talking to us.

And there were like three snipers on top of the building. Because there were bomb dogs like smelling every car that was going in, and we’re like, oh, that’s cool. Asking questions.

He’s like, ‘Yeah, they were having these guns’ we’re like ‘those sniper guns?’ and they are like, ‘No, the sniper guns are on top of that building right there’. And we looked up, and there was three snipers just like that.”