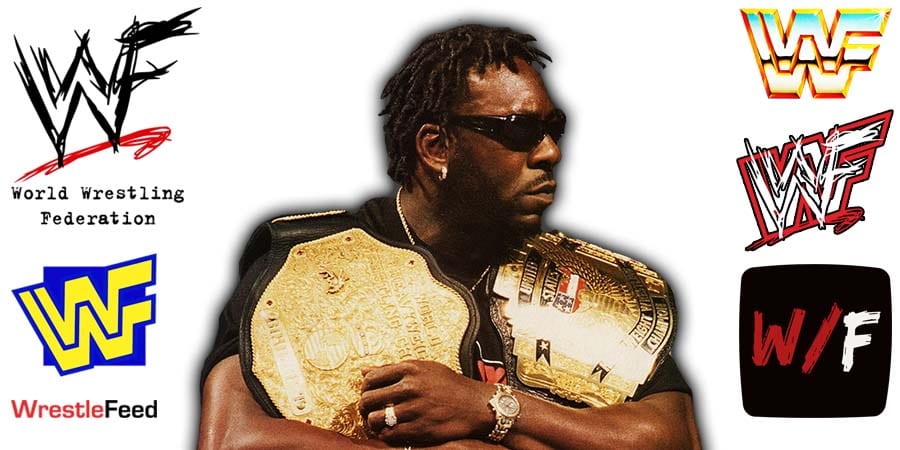 AEW President Tony Khan recently implied that WWE is spending money on bots to spread hate against All Elite Wrestling on Social Media.

“An independent study has confirmed that much of the staunch anti-AEW online community aren’t real individuals, it’s a staff running thousands of accounts + an army of bots to signal boost them.

Ever wonder why so much of the activity of these accounts is retweets and replies? Like who actually has 80% of their activity as straight up retweets?

Research this one yourselves. You internet detectives thrive in these situations.

Their boiler room staff is going to be working overtime on a Friday, and I love it!”

A user then replied:

“‘Their boiler room staff’ gonna tell everyone not to watch Rampage also? I guess that’s the reason it only gets 400K.”

On his Hall Of Fame podcast, 2-time WWE Hall Of Famer Booker T had the following to say about Tony’s claim:

“Is Tony Khan losing his damn mind? I know he’s off into analytics, I think he works in that field, but people are going to hate, okay? Everybody is not going to like ya.

I know Eric Bischoff said that Tony Khan has thin skin, and this came out right after that. I don’t know if that proves that or not.

So, if they’re talking about you, good or bad, for me it’s good. You should look at my Twitter account, Tony, they hate me. But I’ve got so much love from so many people at the same time.

I am sure Tony Khan has got a lot of love from so many people, because this guy is delivering jobs. So think about that, not thinking about how people on Twitter, because you will lose your mind thinking about people that is saying negative comments about you.

That’s all it has got to be, is comments. Because I haven’t seen anything but pretty much good stories about AEW in the social media sphere. So I don’t know, man. Kick out, that’s what we say in the wrestling business. You’ll be alright.

I believe it as far as people having negative comments because I see them all the time. Cody Rhodes right now is a pariah as far as AEW fans go, they hate him. It’s amazing how one minute they can love you and the next minute they can hate you.

But then again, that’s what the wrestling business is. You can be a heel one day, and you can be a babyface the next, I love it, man.