The final RAW before Survivor Series 2019 will take place tonight at the TD Garden in Boston, Massachusetts. Just 6 days before the brand war between RAW, SmackDown and NXT, the red brand will be looking to make a statement on their last show before the event.

Last week’s show took place in the United Kingdom, where Seth Rollins teamed up with Kevin Owens and The Street Profits to defeat Imperium in a 6 Man Tag Team match, while other members of Team RAW defeated The O.C to make a statement.

Tonight’s show will feature a wager battle between Seth Rollins and Andrade for Rollins’ place in Team RAW at Survivor Series. Becky Lynch and Charlotte Flair will also face a surprise Tag Team, while Natalya will lock horns with Asuka.

In addition, The Viking Raiders will defend the RAW Tag Team Championship against The Major Brothers (Zack Ryder & Curt Hawkins). Rey Mysterio is also set to address his encounter with WWE Champion Brock Lesnar this Sunday. As the go-home RAW for Survivor Series, we can also expect heavy invasions from SmackDown and NXT tonight.

In this article, let’s take a look at 5 things that could happen on RAW tonight. 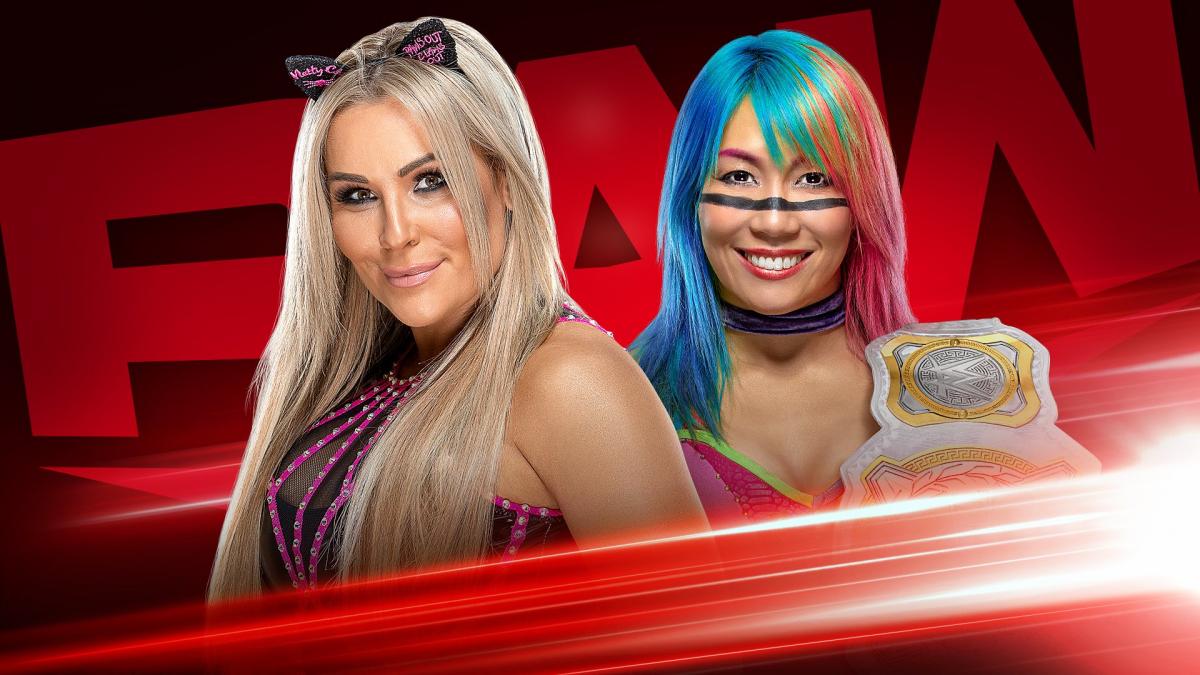 “The Queen Of Harts” Natalya is set to battle one half of the WWE Women’s Tag Team Champions, Asuka, tonight on RAW. The relation between the two women hasn’t been good since their last encounter on RAW.

Two weeks ago, Natalya teamed up with Charlotte Flair to take on The Kabuki Warriors. Natalya managed to get the win for her team by tapping Asuka out to the Sharpshooter.

The Empress Of Tomorrow felt humiliated by the loss she suffered to Natalya. What was more humiliating for her was that she submitted to Natalya in front of the WWE Universe.

Tonight, she’ll be looking for revenge. Things will be in the favour of Asuka as Natalya will be on her own. Even if Natalya is able to overpower Asuka, we can expect Kairi Sane to cause some sort of interruption to cost Natalya the match.