WWE will be firing from all cylinders as the red brand will wind up its build-up towards TLC tonight.

Last week’s RAW featured an apology from Seth Rollins to the RAW roster for the controversial comments he made a week before. The rivalry between Kevin Owens and Seth Rollins continued, while Owens was also dealing with AOP. Charlotte Flair was defeated by The Kabuki Warriors in a 2-On-1 Handicap match.

Moreover, Randy Orton hit AJ Styles with an RKO after The O.C. won a 6-Man Tag Team match against Rey Mysterio, Ricochet and Humberto Carrillo. Bobby Lashley and Lana were also arrested after an encounter with Rusev on RAW.

Tonight’s show is set to feature a United States Championship rematch between AJ Styles and Rey Mysterio. Rusev and Lana are also going to divorce tonight while Kevin Owens will face AOP in a 2-On-1 Handicap match.

In this article, let’s take a look at 5 things that could happen on RAW tonight. 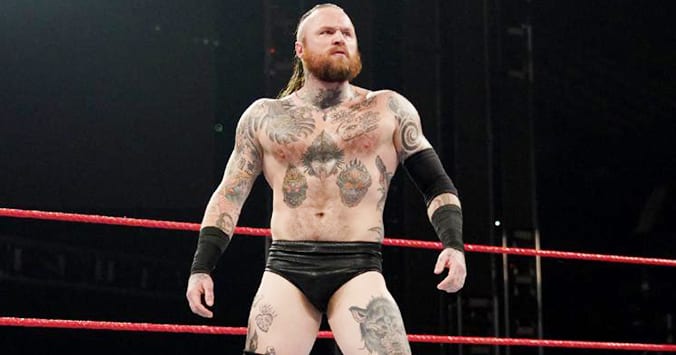 The rivalry between Aleister Black and Buddy Murphy took a heated turn two weeks ago on RAW when Black attacked Murphy after his match against Matt Hardy on RAW.

The Dutch Destroyer wasted no time and rushed to the ring to attack Murphy. Murphy stood no chance and had to move out of harms way after rapid strikes from Black.

Last week on RAW, Black sent a message to “The Best Kept Secret” after getting a dominating victory over Tony Nese. The two were rumored to face off at TLC next Sunday, but plans have been changed according to recent reports.

However, this rivalry will most probably continue on RAW and tonight we could see Murphy getting physical with Black. There a possibility that WWE sets up an impromptu match between the two men at TLC as they have been doing so recently.