The first SmackDown in the month of March will emanate tonight from the WWE ThunderDome in Tampa Bay, Florida.

Last week’s show ended with Universal Champion Roman Reigns brutalizing Daniel Bryan. 2021 Women’s Royal Rumble winner Bianca Belair challenged SmackDown Women’s Champion Sasha Banks to a match at WrestleMania. Cesaro got some payback on Seth Rollins by swinging him while he tried to make him embrace the vision and Apollo Crews went through a character change in his pursuit for the Intercontinental Championship. 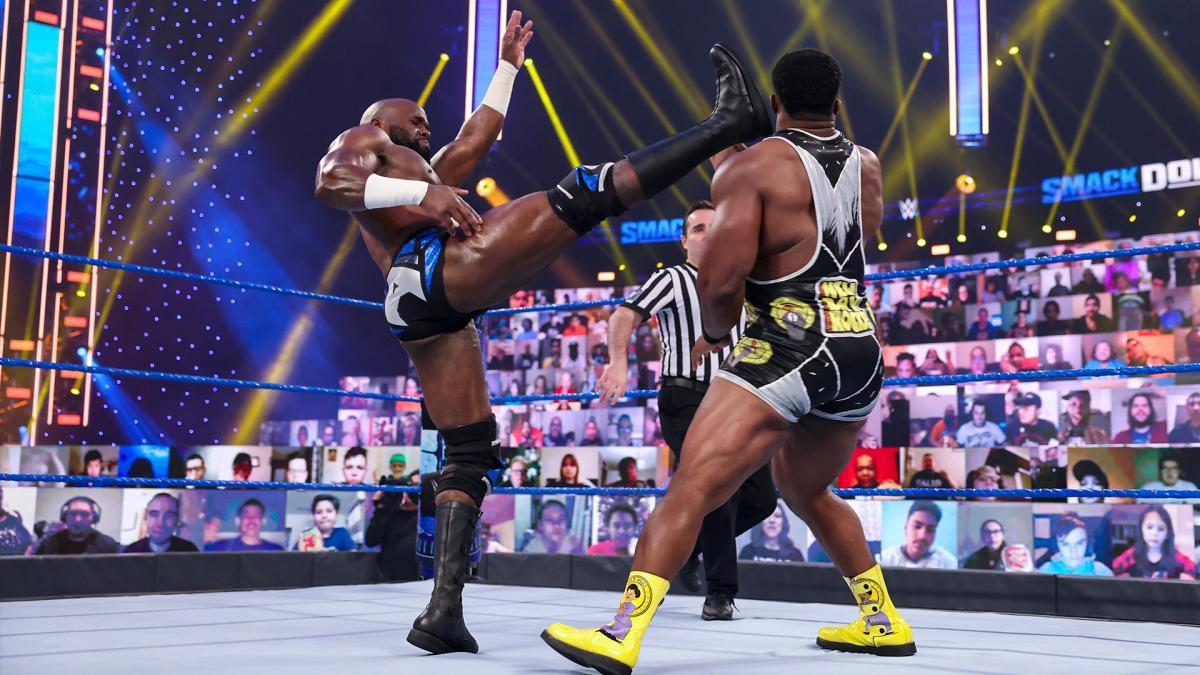 On SmackDown two weeks ago, Shinsuke Nakamura defeated Apollo Crews in a match, while Intercontinental Champion Big E was having dinner ringside.

After the match, Crews lost it, attacked Big E and took him out with steel steps.

Last week, Crews got the win back over Nakamura and displayed a new attitude after the match, while acknowledging his past.

As Big E wasn’t there last week, he’ll probably be back tonight and will be looking to strike back, so we may see him chasing Crews to take him out.