Last week’s show featured Roman Reigns helping Ali and Shorty G to defeat Robert Roode and Dolph Ziggler, who had King Corbin by their side. Bray Wyatt also accepted Daniel Bryan’s challenge for a Universal Title match at Survivor Series. In addition, the women of SmackDown successfully fought off the women of NXT, who invaded the blue brand.

The Undisputed Era also showed up last week on SmackDown to take out The New Day and The Revival during their Tag Team Championship match. 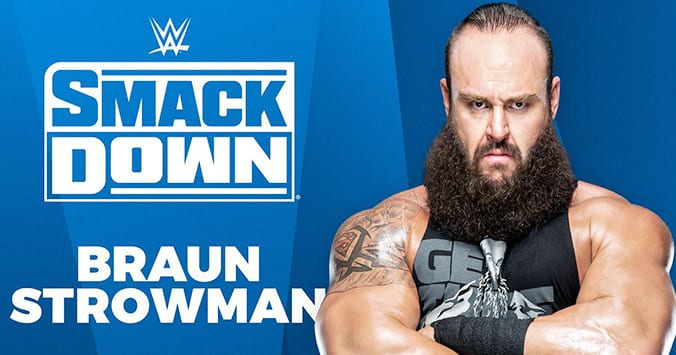 Sami Zayn and Shinsuke Nakamura were on a mission of proposing Daniel Bryan to team up with them over the past few weeks. Bryan gave no proper answer until last week.

Last week on SmackDown, Zayn and the Intercontinental Champion caught up with Bryan once again and asked him to join forces with them. However, Bryan clearly refused to join them and instead asked them to offer the same proposal to Braun Strowman.

The Monster Among Men wasted no time and went to Nakamura and Zayn who look very frightened of Strowman. There are very few chances of them asking Strowman to join them, to which he might take offense.

Strowman and Nakamura are rumored to feud for the Intercontinental Championship in the coming weeks, so tonight may be the night where things start heating up between them.