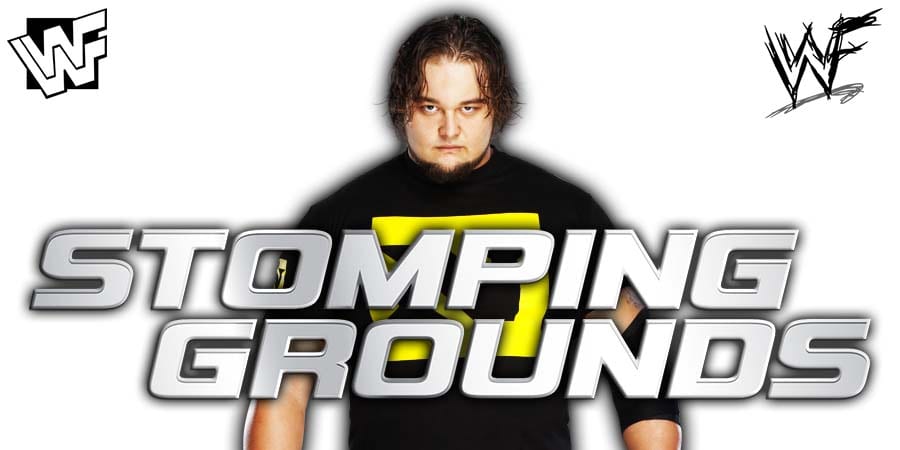 WWE Stomping Grounds pay-per-view is set to take place this Sunday night at the Tacoma Dome in Tacoma, Washington.

9 Matches are confirmed for the event, including Seth Rollins vs. Baron Corbin (w/ special guest referee) for the Universal Championship, Kofi Kingston vs. Dolph Ziggler in a Steel Cage for the WWE Championship, Samoa Joe vs. Ricochet for the United States Championship and Daniel Bryan and Rowan vs. Heavy Machinery for the SmackDown Tag Team Championship.

Elsewhere on the card, both women’s divisions will be represented with Becky Lynch vs. Lacey Evans for the RAW Women’s Championship and Bayley vs. Charlotte Flair for the SmackDown Women’s Championship. Tony Nese, Akira Tozawa and Drew Gulak will also face off for the Cruiserweight Title in a triple threat match, while Big E and Xavier Woods will face Kevin Owens and Sami Zayn in a tag team match.

Also, “The Big Dog” Roman Reigns will face Drew McIntyre (with “Best In The World” Shane McMahon being in McIntyre’s corner).

Without any further ado, let’s take a look at 6 possible surprises that WWE could produce at Sunday’s event. 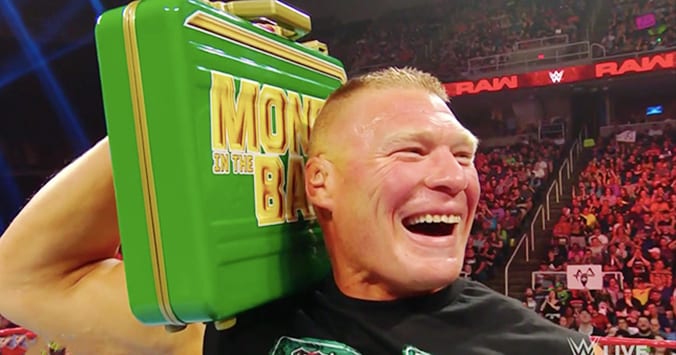 Brock Lesnar has been seeking revenge on Seth Rollins since losing the Universal Title to ‘The Man’ at WrestleMania 35. Lesnar won the Money In The Bank contract last month which means he can get a shot at the title anytime, anywhere. Sunday night might be the perfect time to regain his championship.

Instead of the usual promo segments we see on RAW with Lesnar and Paul Heyman, it would be nice to see the Beast Incarnate make a rare PPV appearance alongside his advocate by showing up unannounced at Stomping Grounds to whet the appetite for his inevitable Universal Title match.

Lesnar rarely appears at a PPV that isn’t a major event, so it would be a surprise if we see him Sunday night.

Also, imagine this – what if Lesnar is the Special Guest Referee for the Universal Championship match?