The road to WrestleMania 36 continues as WWE brings you Monday Night RAW from the Vivint Smart Home Arena from Salt Lake City, Utah tonight. We’ll get more build-up towards “The Grandest Stage Of Them All” as well as Super ShowDown, which is just a few weeks away.

Last week’s show featured the fallout from Royal Rumble 2020. Drew McIntyre challenged Brock Lesnar for the WWE Championship at WrestleMania 36, and got hit with an F5 by The Beast in return. Charlotte Flair’s plans for WrestleMania still look unclear, while RAW Women’s Champion Becky Lynch awaits her next challenge. 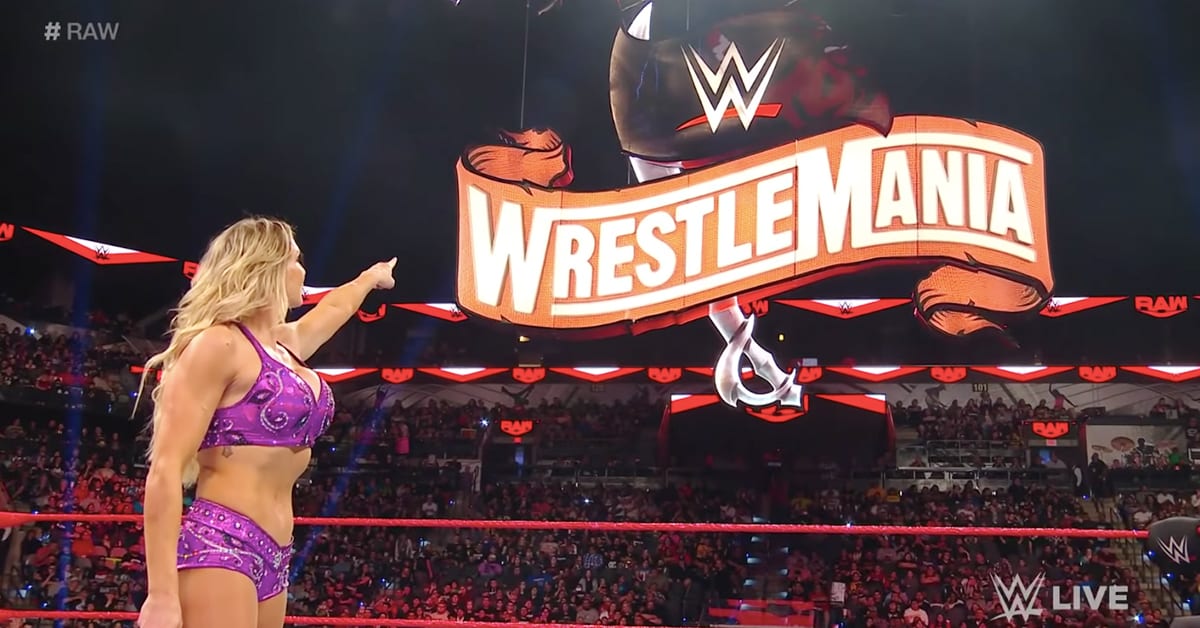 The Queen won her first ever Royal Rumble match at the Royal Rumble 2020 pay-per-view last month to earn the right to challenge a champion of her choice at WrestleMania 36 in April.

Last week on RAW, Charlotte Flair was expected to announce her opponent at WrestleMania, but she decided to keep the fans curious by not making the announcement.

Later that night, Flair went head-to-head with one half of the WWE Women’s Tag Team Champions, Asuka. After a decent encounter, Flair was about to make Asuka tap out to the Figure 8 Leglock, but Kairi Sane dived on her from the top rope to cause a disqualification.

Flair managed to take out Sane with a Big Boot and was the last one standing tall. It looks like Flair will face off against Sane tonight to continue her push on the road to WrestleMania.

WWE might keep her busy with The Kabuki Warriors until they decide her opponent at WrestleMania 36.