WWE RAW will emanate tonight from the Xcel Energy Center in Saint Paul, Minnesota. The build-up to the Clash Of Champions pay-per-view will continue tonight. Last week, WWE left a lot of hints about what we could expect to take at Clash Of Champions next month.

On last week’s RAW, Sasha Banks made her return to the ring after a long time, and gave a vicious beat-down to Natalya and Becky Lynch. Moreover, Seth Rollins faced AJ Styles in a Champion vs. Champion match, which ended with The OC trying to beat the Universal Champion down, but Braun Strowman made the save for him. Multiple superstars also got their hands on the 24/7 Championship last week.

Tonight’s episode of RAW will feature the beginning of the King Of The Ring 2019 Tournament. Many rivalries, mainly the championship ones, will also be built up heading into WWE Clash Of Champions.

In this article, let’s take a look at 6 things which might happen on RAW tonight. 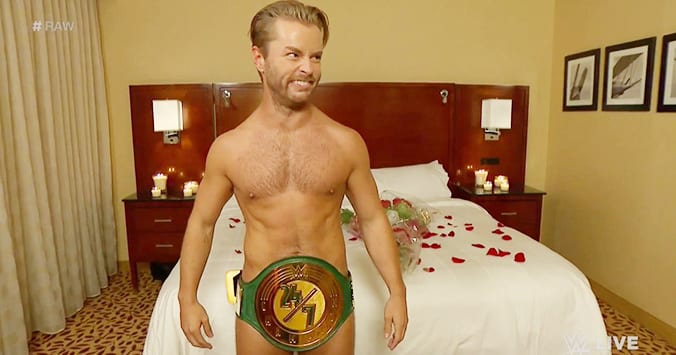 The 24/7 Title picture is always full of surprises. Many wrestlers from different categories have won it. We’ve seen a women’s 24/7 Champion and a pregnant 24/7 Champion which was quite unexpected.

Last week on RAW, The Revival pinned R-Truth, which was interrupted by numerous wrestlers, to become the first ever co-24/7 Champions. However, they lost it just after a few moments to the former champion R-Truth. Just when Truth was celebrating his 12th 24/7 Title win, Elias hit him with a guitar to win the title.

Elias has been the champion for almost a week. The Longest Reigning 24/7 Champion, Drake Maverick, tried to win back the title earlier this week at Elias’ recording studio, but Elias humiliated him and forced him to leave the studio.

Maverick will never forget how a long journey to Elias’ studio, that too in rain, went in vain. He may come back stronger tonight on RAW. We can expect Maverick to pull an unexpected trick up his sleeve to not only win back the title, but also avenge the humiliation Elias caused him.