Tonight’s episode of SmackDown will air from the TD Garden in Boston, Massachusetts. The show will feature the fallout from yesterday’s Super ShowDown pay-per-view and also give a little preview of what’s to come at Elimination Chamber in just a week from Sunday.

Tonight’s show is set to feature the return of John Cena. Participants for the Men’s and Women’s Elimination Chamber match will also be revealed. New Universal Champion Goldberg will appear as well to celebrate his victory. Expect a fast paced episode with a lot of action as we’re just one week away from Elimination Chamber.

7. The New Day Call Out The Miz & John Morrison For Their Dirty Tactics 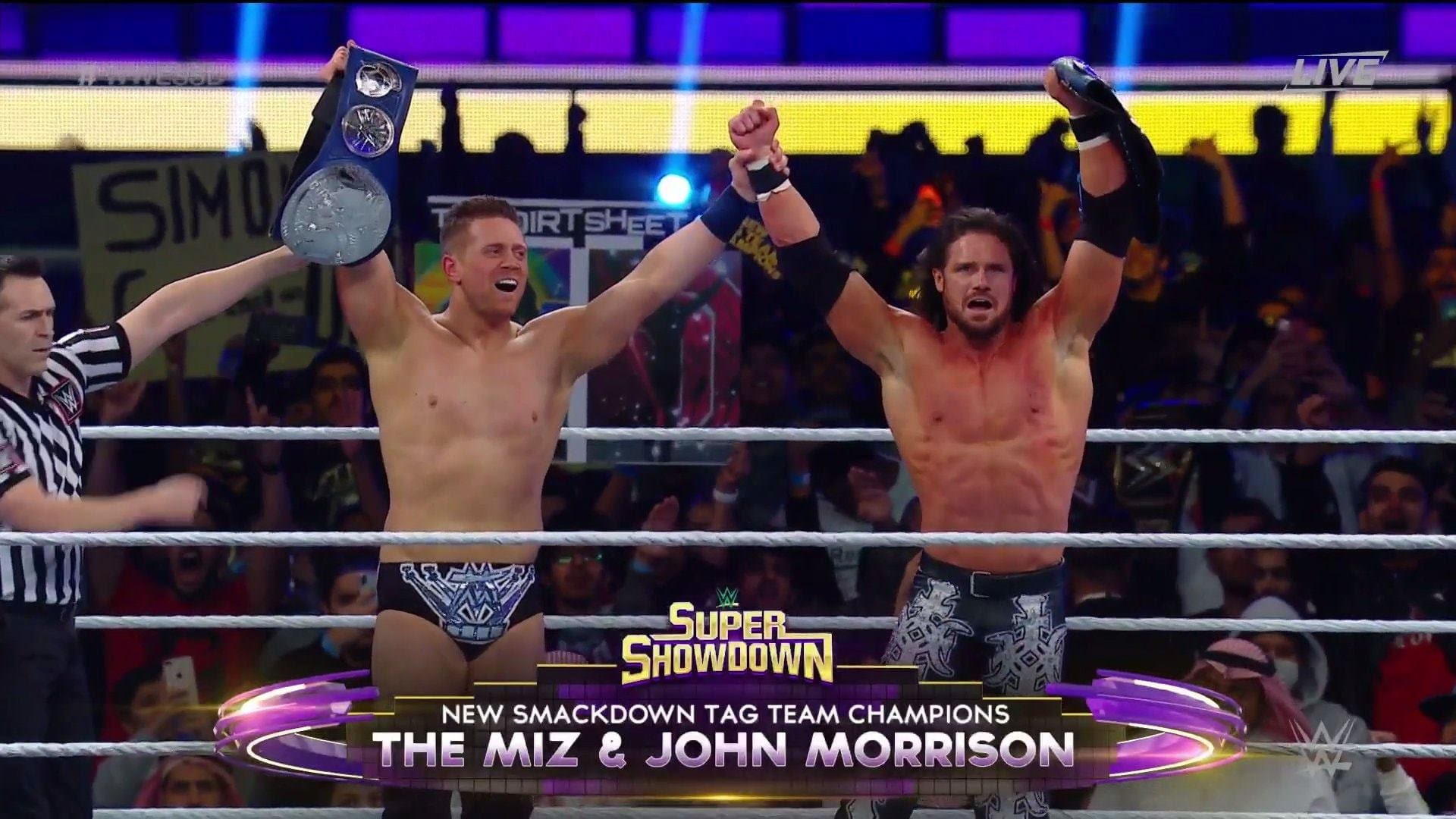 The New Day lost the SmackDown Tag Team Championship to John Morrison and The Miz yesterday at Super ShowDown. Morrison played a major role in his team’s win by hitting Kofi Kingston with a steel chair.

Morrison doing Kingston dirty means that the rivalry between his team and New Day isn’t over yet. Kingston and Big E will likely demand a rematch for the Titles at Elimination Chamber. The match is also being advertised by the Wells Fargo Arena in Philadelphia.

Tonight, Morrison and Miz will probably claim that the SmackDown Tag Team division finally has a worthy team as its face and New Day will come out to interrupt them.

Kingston will call out Morrsion for his dirty tactics which will heat things up between them, setting up the rematch next week at Elimination Chamber.