As the build-up to WrestleMania Backlash continues, WWE will bring another episode of RAW tonight from the ThunderDome in Tampa, Florida.

Last week’s show ended with T-BAR and MACE attacking Drew McIntyre, who earned another WWE Championship match against Bobby Lashley by defeating Randy Orton and Braun Strowman in a Triple Threat Match in the main event.

Charlotte Flair returned to take out both RAW Women’s Champion Rhea Ripley and Asuka during their rematch and made a huge statement on the mic. The Viking Raiders also made their return on last week’s show, while Alexa Bliss revealed why she no longer needs “The Fiend” Bray Wyatt. 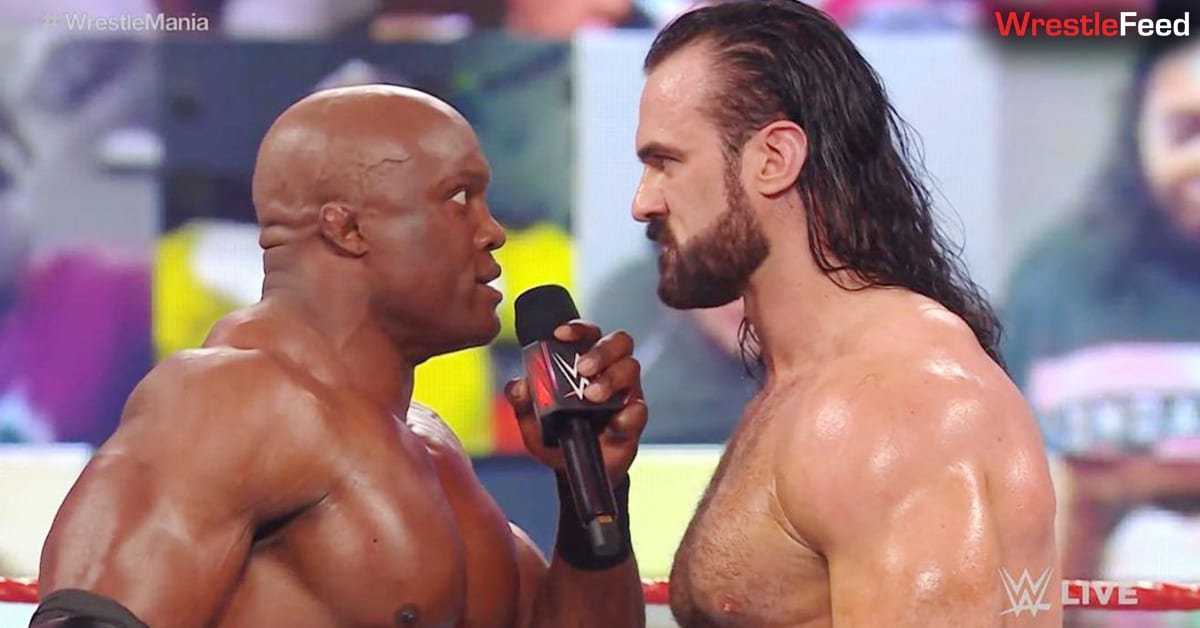 Drew McIntyre defeated Randy Orton and Braun Strowman in a Triple Threat Match in the main event of last week’s RAW to earn a WWE Championship match against Bobby Lashley at WrestleMania Backlash.

After the match, T-BAR and MACE showed up to take out The Scottish Warrior.

McIntyre will be searching for answers tonight, and MVP will probably reveal to him that T-BAR and MACE have joined The Hurt Business, or he has just hired them to be the group’s hitmen.

McIntyre may get into a one-on-one match against one of those two tonight, and be taken out by WWE Champion Bobby Lashley, T-BAR and MACE during or after the match.