His career was 40 years long. He began working in the 1980s in WCCW (World Class Championship Wrestling). He later worked in WCW and TNA/Impact Wrestling as well.

Here’s what AEW President Tony Khan tweeted about it:

“Tonight’s the last AEW Dynamite ever on TNT & this event New Year’s Smash is very special as this will be the final wrestling event produced by the great Keith Mitchell in his amazing 40 year career spanning World Class / WCW / Impact / AEW. Let’s make Keith’s retirement show a Smash!”

Below is a photo of Keith with AEW EVPs Cody Rhodes & The Young Bucks: 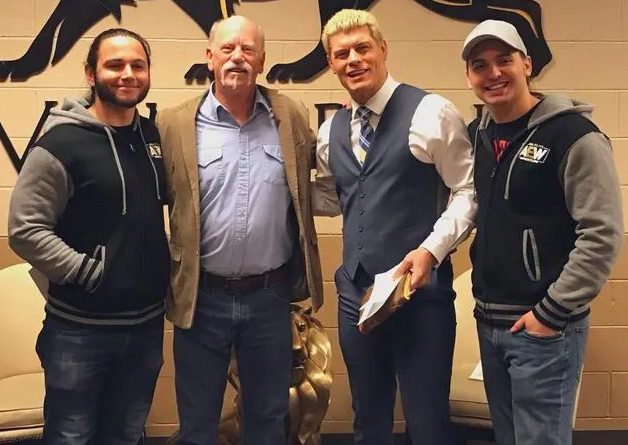 It featured pre-taped matches, interviews & storyline segments on the road to the ‘WWF Royal Rumble 1988′ event.

Interview with Ted DiBiase And Virgil

Koko B. Ware vs. Pete Doherty

The British Bulldogs vs. The Islanders