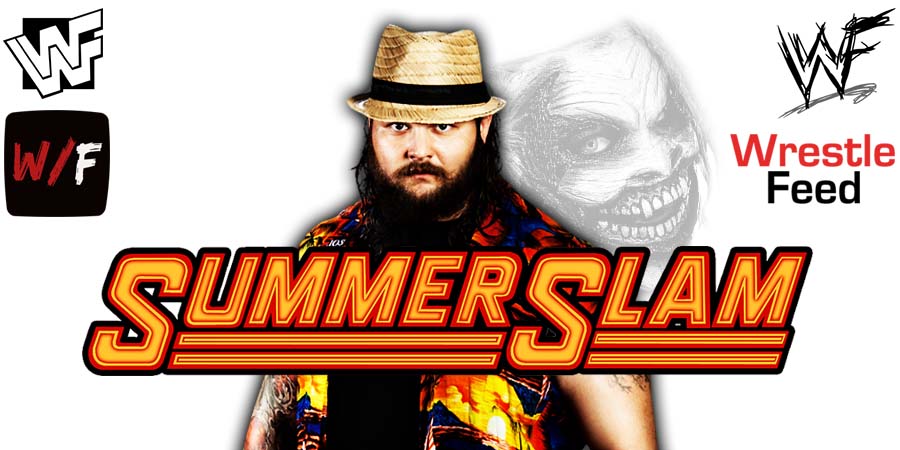 Bray Wyatt is no longer with WWE as he was released yesterday, and it looks like “The Fiend” gimmick has come to an end as well (unless WWE plans on bringing Wyatt back after some time, like they did with Samoa Joe).

According to pro-wrestling broadcaster Jon Alba, “The Fiend” Bray Wyatt vs. Drew McIntyre was pitched for SummerSlam 2021:

“Bray Wyatt/Drew McIntyre had at least been pitched for SummerSlam at one point. I’m not sure how far those discussions went, but it was talked about at one point.”

McIntyre is currently feuding with Jinder Mahal (his former 3MB partner) on RAW and he’ll most likely face him at SummerSlam.