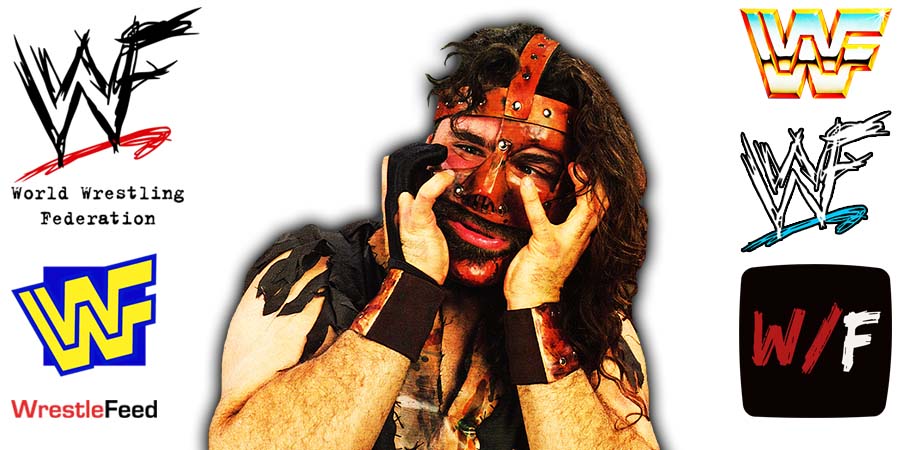 Old School WWF Legend Mick Foley is a big supporter of current WWE wrestlers and he has worked with Bray Wyatt before.

The Fiend once took out Foley on an episode of RAW. You can watch it below:

Here’s what the 2013 WWE Hall Of Famer tweeted about Wyatt’s release from WWE:

“With WWE’s release of Bray Wyatt, the company has lost a true visionary and a creative genius; one of the most innovative makers of mayhem pro-wrestling has ever seen.

Here’s hoping Bray finds happiness and recreates himself once again – in wrestling, in life…or both.”

Here’s how other wrestling stars reacted to Wyatt’s release:

Alexa Bliss: “I really am at a loss for words… thank you so much Windham for everything you’ve done for this company. The most fun I’ve had is working with you. Such an amazing talent & the most kind person. I’m just in shock.”

Renee Young: “Mind. Blown. Excited to see him thrive in whatever he does next.”

Ryback: “One of the most talented and creative guys in the business.”

Mickie James: “I think what you meant to say was: “Thank you so much for coming up with such an incredible gimmick(time & time again) one so cool & over, we really didn’t know how to book it right. So we just gave it to someone else so we can still make ALL the money off of it & let you go” 🤷‍♀️ 🤯

This isn’t against Alexa. I love her. She’s an incredible performer who is killing it in a role she was given. She always does. We as artists take every role we’re given & turn it into gold. He, she, they both did that. Like it/not. Facts are facts. So sorry if that offends you.”

Buddy Murphy: Bray Wyatt was legit one of the smartest minds in the business but even a better person! #TheirLoss

It was pre-taped in California and featured matches, interviews & storyline segments on the road to the ‘WWF SummerSlam 1998’ PPV.