Kelsey Heather has become the 1st wrestler ever to appear on both WWE & AEW programming on the same night.

During last night’s RAW (which was taped last Tuesday), she appeared on WWE TV as one of Bobby Lashley’s ladies.

On the other hand, she appeared on a pre-taped episode of AEW Dark: Elevation on YouTube, where she wrestled a match.

This was her AEW in-ring debut match, where she lost to Leyla Hirsch.

Below is what she posted about her appearance on RAW: 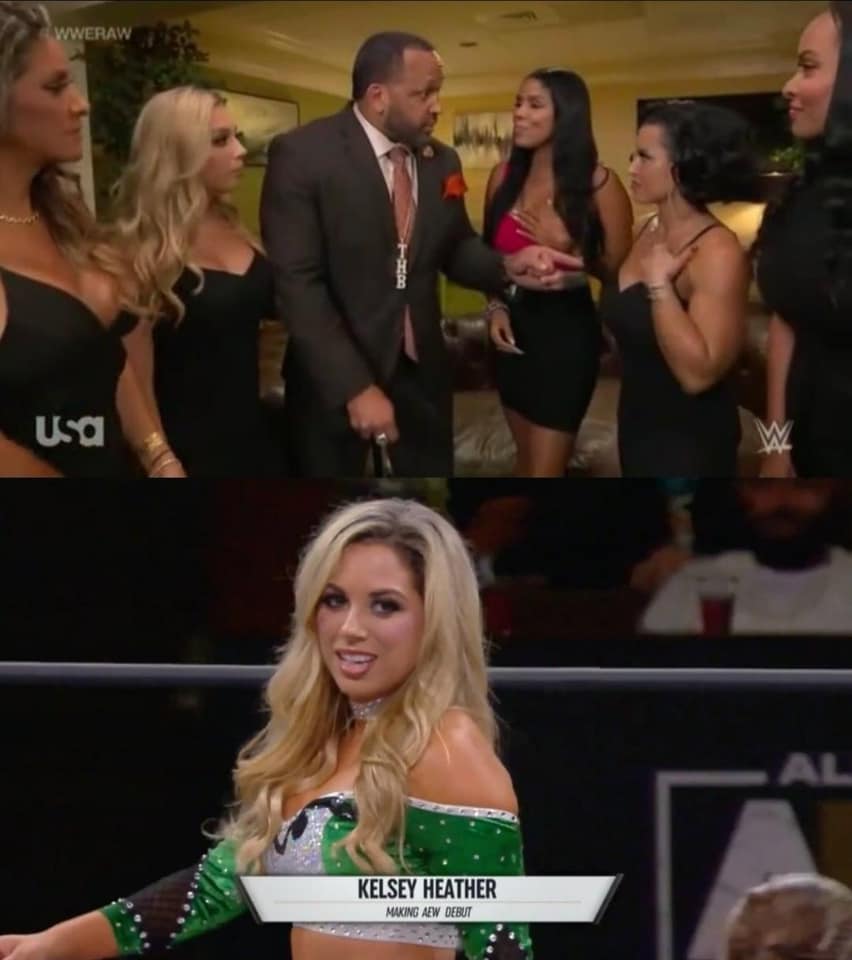 On this day in Pro Wrestling history on July 13, 1997, Ted Turner’s World Championship Wrestling aired ‘WCW Bash at the Beach 1997’ LIVE on PPV from the Ocean Center in Daytona Beach, Florida.

The Steiner Brothers defeated The Great Muta and Masahiro Chono