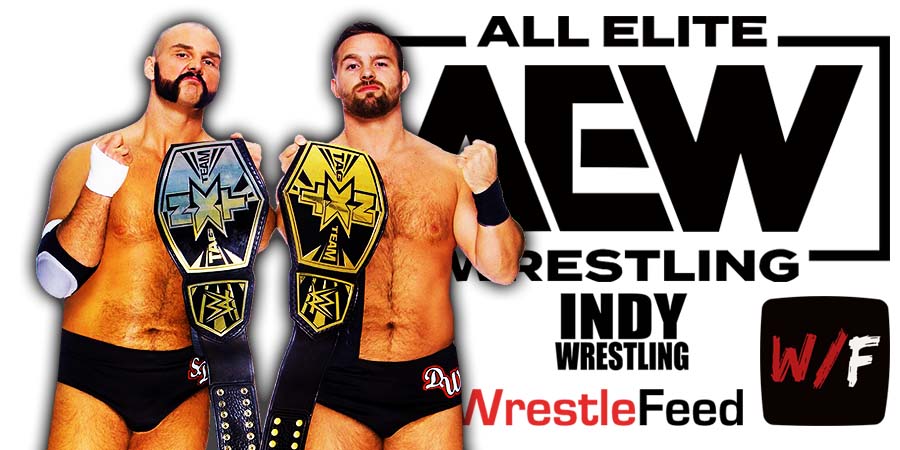 • AEW Battle Of The Belts 4 Results

Below are the complete results from tonight’s LIVE edition of AEW Battle Of The Belts 4:

– ROH World Champion Chris Jericho sent a message to Bryan Danielson ahead of their Title match next week on Dynamite.

#JAS urges @GarciaWrestling to come "back home" & @Ringofhonor World Champion @IAmJericho plans on desecrating the name of ROH continuing with @bryandanielson this WEDNESDAY at #AEWDynamite LIVE from Toronto, CA! #AEW Battle Of The Belts IV is LIVE on TNT! #AEWBOTB4 pic.twitter.com/m3UoPYymfh

After the match, Nyla Rose stole the TBS Title.

After the match, The Embassy beat down FTR, but TNT Champion Wardlow & ROH TV Champion Samoa Joe made the save.

TNT Champion @RealWardlow and #ROH World TV Champion @SamoaJoe have made their presence known, and it seems a collision of colossal magnitude is imminent! What an incredible night of LIVE action it has been on @tntdrama! #AEWBOTB4 pic.twitter.com/WH7kbiITPO

This pay-per-view featured the Superstars of the WWE RAW, WWE SmackDown & ECW brands.