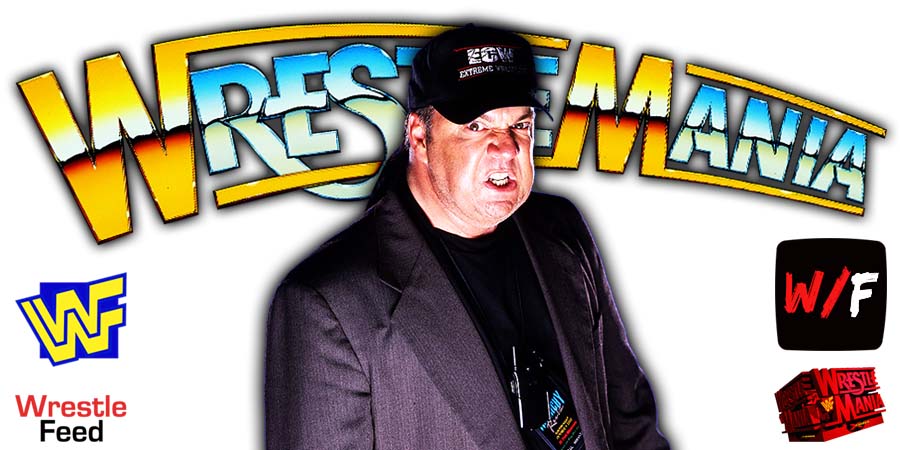 During a recent interview on the Sports Media podcast, Paul Heyman talked about this weekend’s WrestleMania 38 and WWE’s #1 competition – All Elite Wrestling.

Heyman said AEW is not on WWE’s level at the moment and he has no problem in praising Tony Khan’s promotion if they do things that are worthy of being praised.

Below is what Paul said:

“Well, first of all, I have no problem putting AEW over if AEW does things that are worth being put over. I don’t live in a bubble. I would also offer to anybody that wonders why I would be so willing to put over the competition.

With that in mind, and the spectacle that this show will be, and you combine that with the worldwide publicity that it’s going to garner and the fact that the entire industry is focused on what’s going to happen at WrestleMania and therefore what comes out of WrestleMania, I would argue the case that I could sit here and praise AEW all day long.

They can’t match what we’re about to do next week. Until they are in a position to match what we do next weekend, I’m not that concerned with praising the competition because they are still a long way away from what we do and our level of success, and our market dominance.

I watch anything to do with this industry. It’s why I had eyes on Gable Steveson when he was in the tenth grade.”

The Giant vs. The Southern Posse

The American Males vs. The Blue Bloods