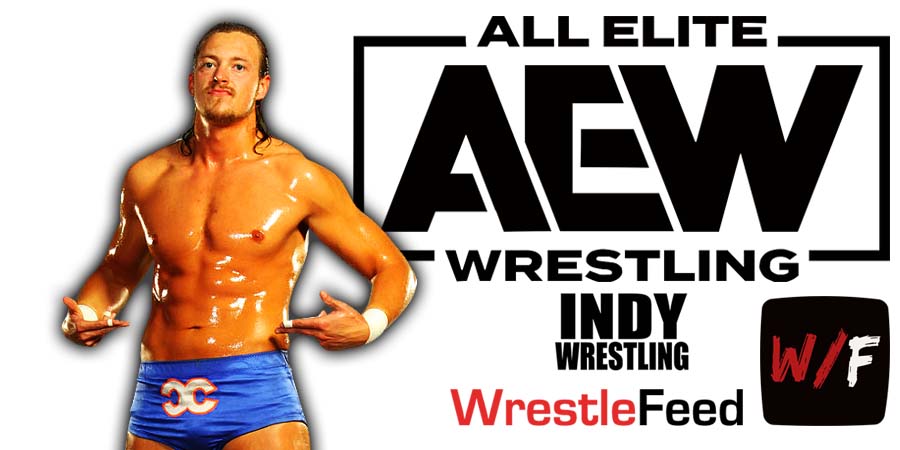 – Jeff Hardy def. Bobby Fish to qualify for the Owen Hart Foundation Men’s Tournament (After the match, Young Bucks had a staredown with Hardy Boyz)

– Jungle Boy & Luchasaurus agreed to face Team Taz for the AEW World Tag Team Titles, but Jungle Boy also wants a shot against Ricky Starks for the FTW Title. Starks agreed and it’s made official for next week.

Just ONE POWERBOMB to finish @TheCaZXL here on #AEWDynamite! Tune in to @TBSNetwork right now! pic.twitter.com/a7jUAf5Ajp

After the match, Wardlow took out MJF’s Security. MJF finally agrees to face Wardlow but says they must have a Contract Signing first where MJF will lay out his stipulations.

– AEW World Champion “Hangman” Adam Page said CM Punk is not here tonight and that if he were a betting man he’s sure Punk is filming another TV show. Hangman declared at Double or Nothing there will be no Bret Hart tribute match, and vows to embarrass and destroy Punk.

– The House of Black attacked Varsity Blonds and attempted to recruit Julia Hart to join them. Buddy Matthews handed her a Steel Chair, but she cannot hit Griff. Malakai Black ripped off her eye patch before Death Triangle came out.

– Serena Deeb challenged Thunder Rosa to a match for the AEW Women’s Title at Double or Nothing. Rosa accepted and it’s made official.

1. The Rockers vs. Nasty Boys

4. The Berzerker vs. Dan Robbins