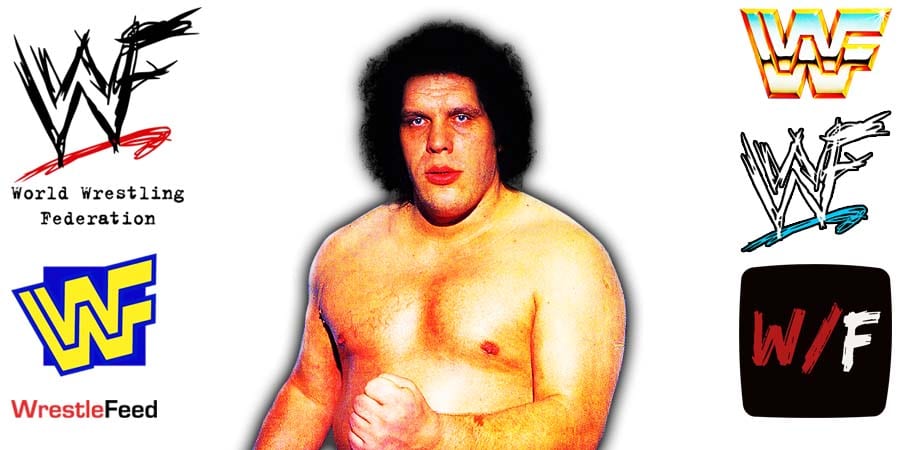 Old School NBA Legend Shaquille O’Neal was recently interviewed on an episode of The Dan Patrick Show, where he talked about what would’ve happened if he wrestled WWF Legend André The Giant in a match.

“I would have beat him like I beat Charles Barkley.”

While André passed away in 1993, O’Neal has teased a match against WWF Legend The Big Show (Paul Wight) ever since 2009, but now that both of them are in All Elite Wrestling, chances of that match actually happening are bigger than ever.

Earlier this year, Shaq said the following about the possibility of facing Big Show in AEW:

“There shouldn’t be any problems for us getting together now. Last time there was a lot of bureaucracy and red tape. Now there is no red tape. I’m still kind of sore from that table so I’m going to work out during the summer, pump these muscles up and I’ll be waiting for you Mr. Paul.”

Big Show replied the following to him on Twitter:

Shaq made his in-ring debut in AEW earlier this year, where he teamed up with Jade Cargill to defeat the team of Cody Rhodes & Red Velvet in a mixed tag team match.