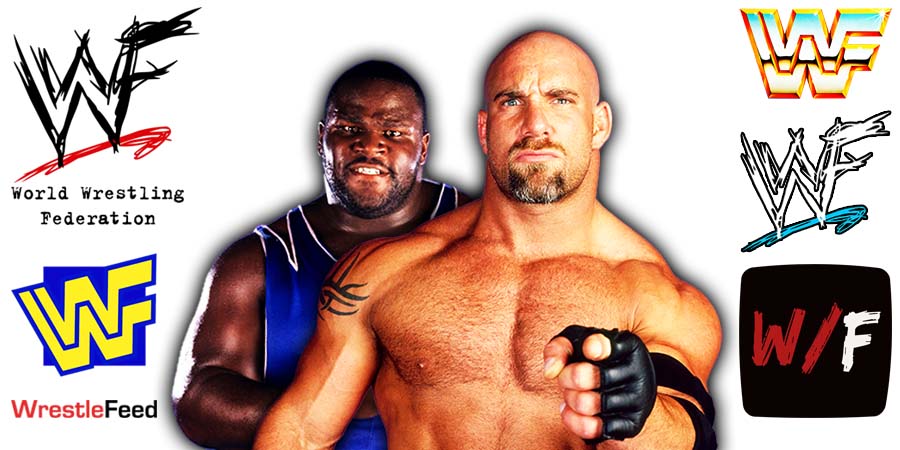 Current AEW Personality Mark Henry isn’t happy with this storyline and said the following about WWE’s booking of Goldberg on Busted Open Radio:

“I love Bill Goldberg as a person and as a man and as a father, and he’s built up equity in himself as a talent. That never goes away.

But, sometimes, it is simply better used when you are trying to enhance, bring light to a situation and let somebody else be the mentor. There is power in ‘giving’. They are putting Bill in a spot where he is ‘taking’. And it is not like he earned the #1 contendership.

If we saw him three weeks prior, knocking off Kevin Owens, knocking off a Drew McIntyre and then him saying, ‘Okay, Roman, I’ve knocked off the top guys in your company, it’s time me and you square up for that Title.’ It’s like, ‘Let’s just throw Bill in there.’

When you push it down people’s throat like that, obviously won’t accept it. They rebel. It is not Bill’s fault that the people in Jeddah want to see him. I would do it, but I would prepare everybody for it.”

Goldberg vs. Roman Reigns for the Universal Championship was originally scheduled to take place at WrestleMania 36 in April 2020.

Also Read: “I feel like my intelligence is being insulted” – Mark Henry On WWE’s Brand Split

It was broadcasted from the Reunion Arena in Dallas, Texas and featured matches, interviews & storyline segments on the road to the ‘WWF No Way Out 2000’ PPV.

3. Hardcore & Crash Holly vs. The Acolytes

6. The Dudley Boyz vs. The Godfather & D’Lo Brown