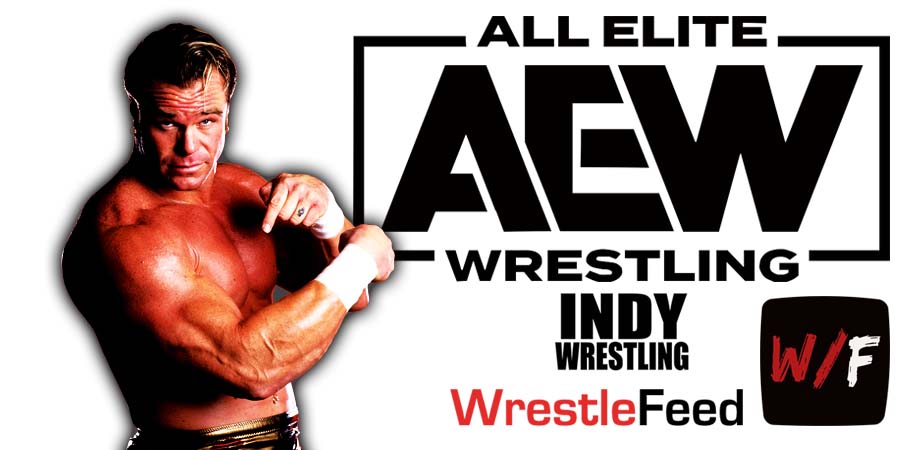 Below are the complete results from tonight’s LIVE episode of AEW Rampage:

After the match, Stokely Hathaway & Lee Moriarty came out. Stokely said if Moxley wants to fight a member of The Firm, he can face Moriarty on next week’s Dynamite. Moxley accepted the challenge and it’s made official.

– The AEW World Title Eliminator Tournament is announced. Winner will receive a World Title at AEW Dynamite: Winter Is Coming.

Ethan Page and Dante Martin are the first two participants announced for this tournament.

AEW World Tag Team Champions The Acclaimed came out after the match and questioned Lee where WWE Hall Of Famer Billy Gunn is.

Swerve Strickland appeared on the titantron and revealed that he has kidnapped Billy. Swerve told Billy that he and Lee only lost the AEW World Tag Team Titles because he interfered at Grand Slam and will pay for it.

Swerve grabbed a pair of pliers and broke Billy’s fingers.

The No. 1 Contenders to the #AEW World Tag Team Championship, #SwerveInOurGlory have secured their shot against #TheAcclaimed at #AEWFullGear on Nov. 19 LIVE on PPV, but what on earth is @swerveconfident scheming?!

Bennett attacked Wardlow after the match. ROH TV Champion Samoa Joe then came out and threw Bennett out of the ring.

Powerhouse Hobbs then came out. While he was making his way to the ring, The Embassy attacked Wardlow & Joe from behind. Hobbs joined the attack. Hobbs posed with the TNT Title and Brian Cage posed with the ROH TV Title to end the show.

Chaos has just taken over, as #ROH World TV Champion @SamoaJoe comes to the aid of his #WarJoe tag team partner, but #Powerhouse @truewilliehobbs, and #TheEmbassy are seemingly operating their own agenda here on #AEWRampage! What a night of action it's been on TNT! pic.twitter.com/TAOjqN2BEV

It was broadcasted from the Joe Louis Arena in Detroit, Michigan and featured matches & storyline segments on the road to the ‘WWE Survivor Series 2002’ PPV.