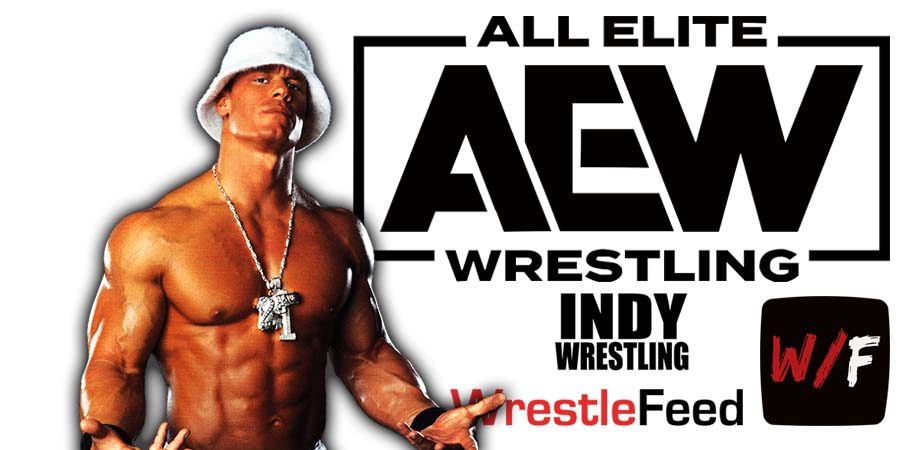 – Claudio Castagnoli said he has accomplished a lot in his career, but has never won a World Title. Claudio praised Jonathan Gresham for being a great competitor, but stated that Gresham has never stepped into the ring with anyone like him, that no one can hold a candle to what he does inside the ring.

Claudio said his fans have waited long enough for his moment and at Death Before Dishonor, he will crack The Foundation of Gresham and become the next ROH World Champion.

After the match, Matt Sydal confronted Moriarty for cheating, but he doesn’t care and left. Stokely Hathaway offered Moriarty his business card.

During this segment, Austin took a shot at Max being one of Bobby Lashley’s sisters during an episode of WWE RAW and said that Max stole John Cena’s old rap gimmick.

A brawl broke out between The Acclaimed and The Gunn Club after the result was announced, with Gunn Club standing tall.

.@reallilscrappy will be the judge of the Rampage Rap Battle between #TheAcclaimed's Max Caster and the #GunnClub's Austin Gunn! #AEWRampage #FyterFest Night 4 is on @tntdrama! pic.twitter.com/SKnOpMAxRf

The Rampage Rap Battle turns ugly when the #GunnClub won't accept their loss to #TheAcclaimed! #AEWRampage #FyterFest Night 4 is on @tntdrama! pic.twitter.com/428R9Hjk3P

– A vignette was shown for Ari Daivari.

– Wardlow is bringing back the TNT Title Open Challenge and sent a warning that anyone who steps up will get the sh*t kicked out of him.

After the match, Satnam Singh slammed Daniels on the floor and Lethal then choked out Daniels with Samoa Joe’s submission move.

Bobby Heenan Getting Make-Up On With I.R.S.

Interview w/ The Triangle Of Terror

In Studio Guests: The Natural Disasters And Jimmy Hart

The Bushwhackers vs. The Barbarian/Haku

The Berzerker vs. Jimmy Snuka

Promo By The Triangle Of Terror