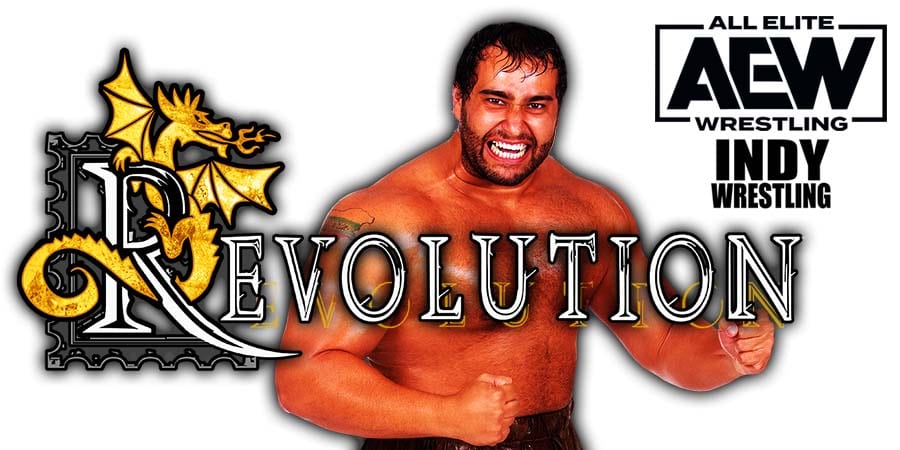 Up next is the Casino Tag Team Royale. 10, 5, and the Natural Nightmares started this match.

In the end, Rey Fenix eliminated Jungle Boy to win the match.

After this match, “The Big Show” Paul Wight got interviewed backstage and he hyped up tonight’s “Hall of Fame worthy” mystery signing.

HINT: 'I don't think anyone can out work him' – @PaulWight
Who is this major signing? Quote tweet with your predictions.

Up next is the AEW Women’s World Championship match. After a hard fought battle, Hikaru Shida managed to knock out her opponent with a knee shot.

Nyla Rose attacked Shida after the match. Britt Baker, Maki Itoh & Reba joined the attack, but Thunder Rosa made the save.

AEW’s next PPV event will be “Double Or Nothing” and it will take place on May 30th.

We go to the backstage area next and we see Miro and Kip Sabian attacking Best Friends before their tag team match. They now head to the ring for the match.

We go to a backstage interview after this and Chris Jericho announces an “Inner Circle War Council” for this week’s episode of AEW Dynamite.

Changes must be made within the #InnerCircle, as this Wednesday on #AEWDynamite, it will be an Inner Circle War Council! Tickets for this Wednesday's episode of #AEWDynamite are on sale NOW – https://t.co/UN1cNj1kQq pic.twitter.com/a1N3gP7oae