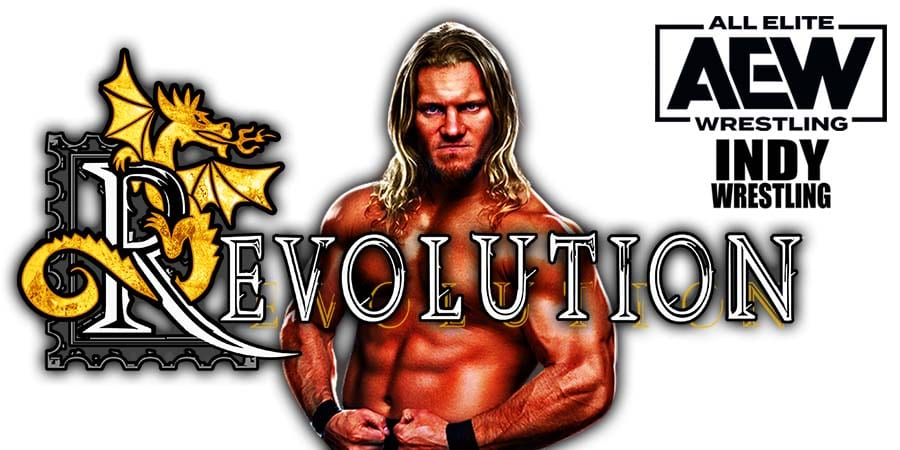 Tonight’s AEW Revolution 2021 pay-per-view is All Elite Wrestling first PPV event of the year, and the second annual PPV event under the “Revolution” banner.

Around 1,300 fans are in attendance for this show.

On the “Buy-In” show, Reba was unable to compete. Britt Baker then revealed that her replacement partner will be Maki Itoh.

Britt Baker & Maki Itoh def. Riho & Thunder Rosa on the “Buy-In” with some help from Reba

The main show of the PPV kicked off with a Tag Team Championship match, where The Young Bucks successfully retained their Titles against The Inner Circle.

Now it’s time for a little spoiler update. Go back if you don’t want to read it.

According to Wrestlinginc, former World Heavyweight Champion Christian is scheduled to be the mystery “Hall Of Fame worthy” signing on tonight’s PPV.

Christian has been cleared to wrestle after being out of action for almost 7 years. He made his official in-ring comeback earlier this year in the Men’s Royal Rumble 2021 match.

Tap here for Part 2 of our AEW Revolution 2021 live coverage.