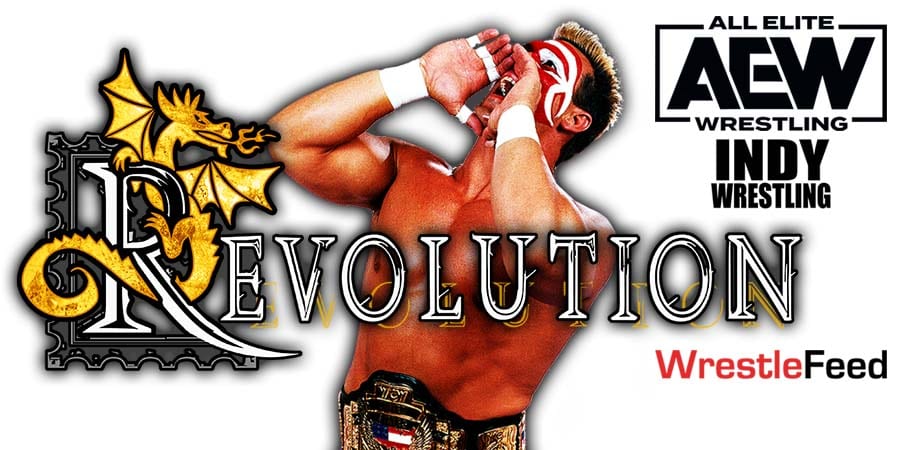 WWE Hall Of Famer Sting will team up with TNT Champion Darby Allin to take on the team of Brian Cage & Ricky Starks in a Street Fight at tonight’s AEW Revolution 2021 pay-per-view.

This will be Sting’s first official pro-wrestling match in over 5 years.

As we have noted before, this will be a cinematic match.

According to Justin Barrasso of Sports Illustrated, this match has already been taped and is said to be a “massive success”.

“The Team Taz-Darby Allin/Sting Street Fight was filmed ahead of time and is said to be a massive success.

The match highlights Sting while ensuring he worked in as safe of an environment as possible; allowed Ricky Starks and Brian Cage to have some star-making moments; and gave Darby Allin — who had a chance to apply his film school background — more chances to be a daredevil.”

Sting (who will turn 62 years old this month) recently took a Powerbomb on AEW Dynamite and AEW President Tony Khan noted that Sting has been 100% cleared for in-ring action.