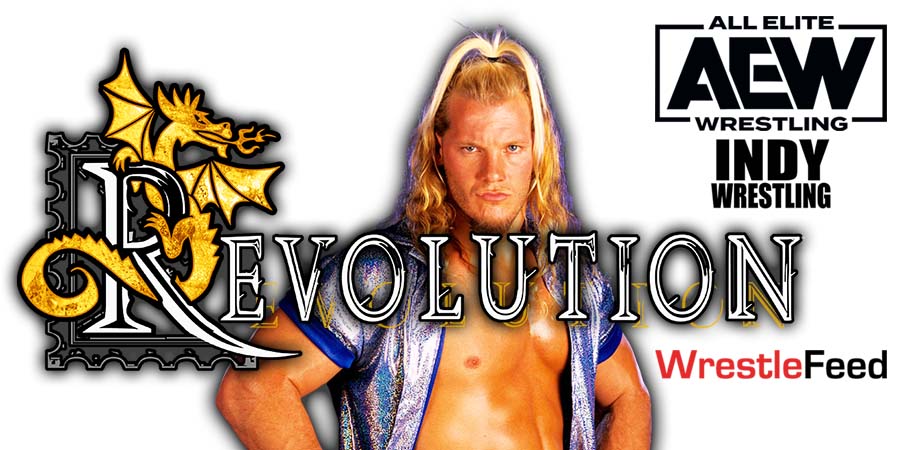 This was Erick Redbeard’s (fka Erick Rowan in WWE) debut match in AEW and he lost.

#HouseOfBlack just one step ahead of #DeathTriangle again, snatching the victory tonight! What an insanely physical battle to set the tone for the night! #AEWRevolution PPV starts in just a few minutes! Available on @BleacherReport & @FiteTV (Int.)! pic.twitter.com/GraFBzd82A

The main PPV show begins with Chris Jericho vs. Eddie Kingston. Kingston dropped Jericho on his head with a suplex immediately, but Jericho begins firing back a few minutes later.

Chris is in great shape for this match. He suplexes Kingston to the floor from the ring apron.

Chris locks in the Walls Of Jericho, but Eddie manages to reach the bottom rope. Jericho then gets in the face of referee Aubrey Edwards, but she pushed him back.

Jericho hits Codebreaker. Jericho goes for the Judas Effect, but misses. Kingston hits two backfists and then makes Jericho tap out with his finisher.

Can @MadKing1981 pull off the submission win?! #AEWRevolution is LIVE on PPV right now! Available on @BleacherReport & @FiteTV (Int.)! pic.twitter.com/Rvg2wj6Vx8

Jericho promised to shake Eddie’s hand if he could defeat him. Eddie offered a handshake, but Jericho refused to shake his hand and walked away.