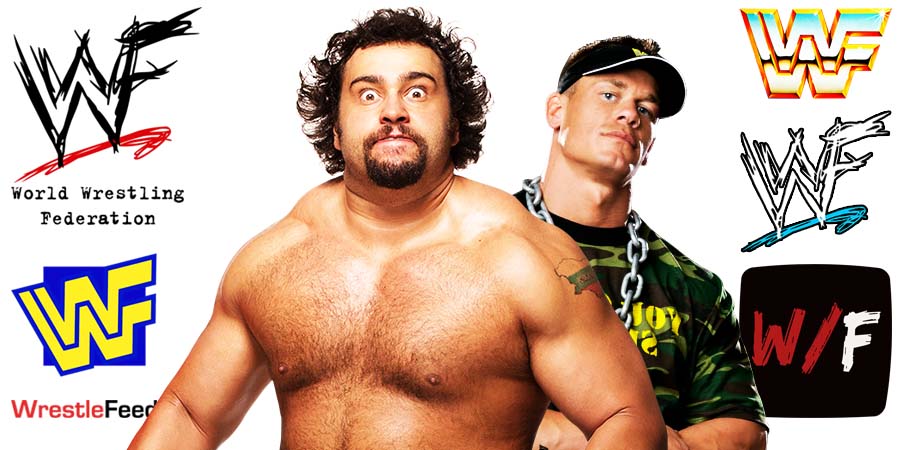 During a recent appearance on The Kurt Angle Show, current AEW wrestler Miro (fka Rusev in WWE) talked about working with John Cena and how much learned about pro-wrestling from the 16-time WWE World Heavyweight Champion.

Below is what the former WWE United States Champion said:

“Oh man, John is the best. John is absolutely the best. I learned so much from him even to this day. Once again, he’s such a teacher.

He’s so good and he’s one of those guys, ‘What’s your 4 best moves?’ That’s what I learned from him that I utilize to this day. He asks you that not because — he just wants to highlight you in the best spots, in the best lighting.

So, he’s just trying to understand in his head where he’s gonna put these 4 best moves.

I learned that, I learned psychology of a match a lot more. I learned how to control a match because beating up John for 10 minutes, 15 minutes a night the whole time what he’s doing is he’s [talking].

All I’m doing is just listening and then after the match, he’s telling me why we did this. ‘You hear the crowd was here? We’re trying to get it there, that’s why we did this.’

This whole thing, I found out, it’s all about psychology.”

Cena and Rusev faced off in multiple WWE pay-per-view matches, with their most famous match being at WrestleMania 31 in 2015, where Cena ended Rusev’s undefeated run on the main roster to win the United States Championship.

Also Read: Rusev Reveals What Triple H Did For Him & Lana In WWE

– Razor Ramon vs. The Brooklyn Brawler