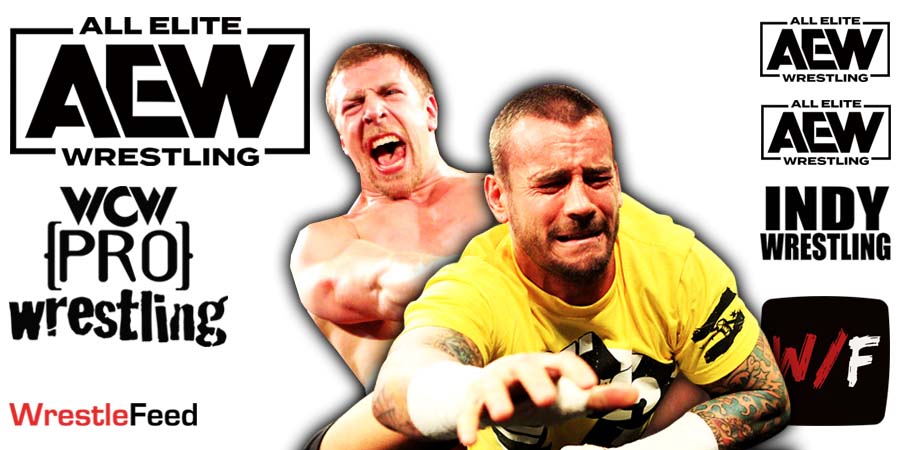 NJPW Star Will Ospreay became the IWGP World Heavyweight Champion in 2021, but later had to vacate it because of a neck injury.

Osprey was recently interviewed by ‘Wrestle Inn’, where he claimed that Punk & Bryan were too fragile to even show up at the show.

Here’s what Will said:

“Orange Cassidy had done like, a hell of a job I think everyone can agree with me on that. I can kind of say, hand on heart, like, I stole the show. I completely stole it…I know that was great.

I know how good it was down to Orange, the referee, the camera crew, and everything. The crowd was amazing, I loved performing in Chicago.

While CM Punk is about to return to the ring within the next few weeks, Bryan Danielson’s comeback isn’t likely going to happen anytime soon.

Duane Gill used to do a lot of televised jobs on the weekly World Wrestling Federation TV Shows from 1991 until 1994, which turned him into one of the most famous and most remembered “Jobbers” in professional wrestling history.

In Tag Team matches, Duane often teamed up with Barry Hardy during those years, mostly under their real names, but sometimes also under masks as “The Executioners” or “The Toxic Turtles”.

Gill returned in 1998 during the famous Attitude Era and was turned into a parody of WCW Main Eventer Bill Goldberg, called “Gillberg”.

He still holds the record as the longest reigning WWF Light Heavyweight Champion of all time.