• AEW Wrestler Is No Longer Married

AEW wrestler Tay Conti, who lost to Britt Baker in the AEW Women’s World Championship match at the Full Gear 2021 PPV, is no longer married.

A fan asked her the following question on Instagram:

“I noticed you don’t post photos with your husband anymore. Do you still married?”

“Nope, we have been separated for a long time.” 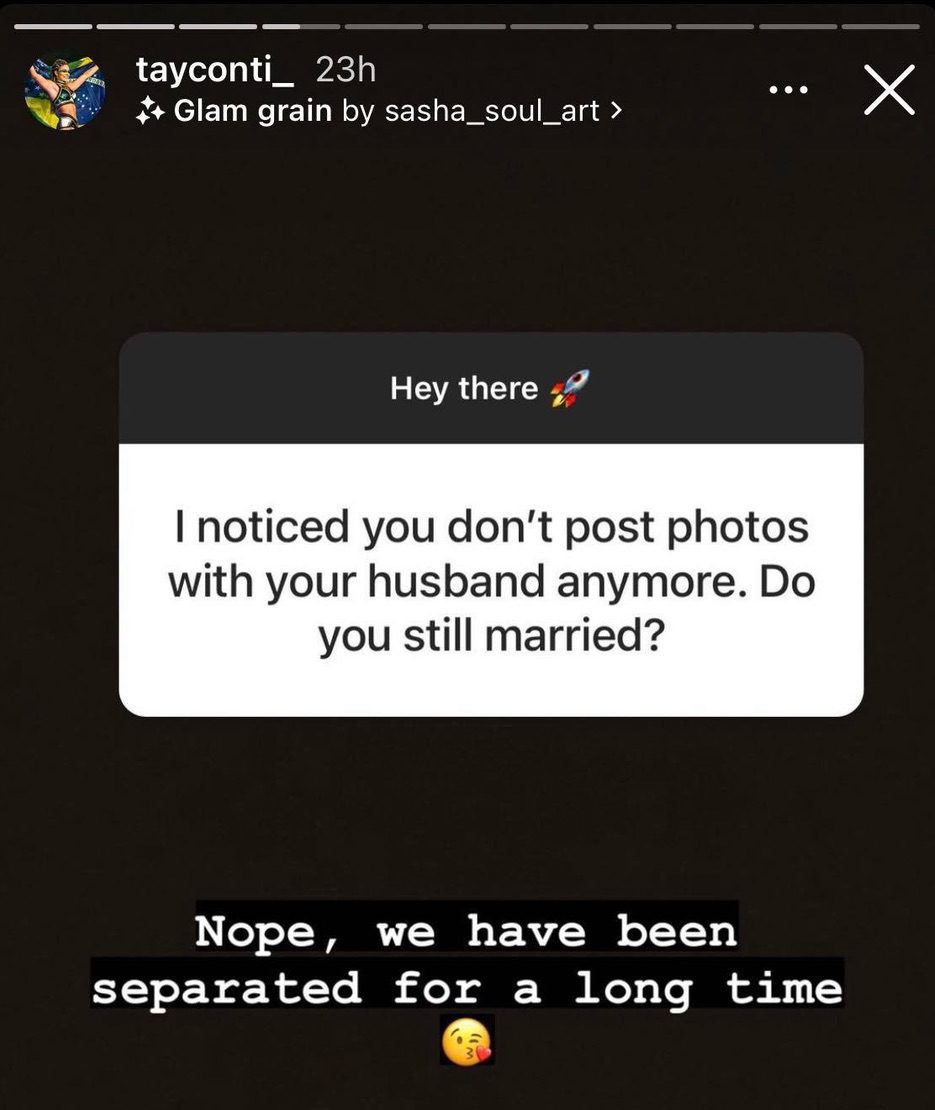 4. The Rock vs. William Regal