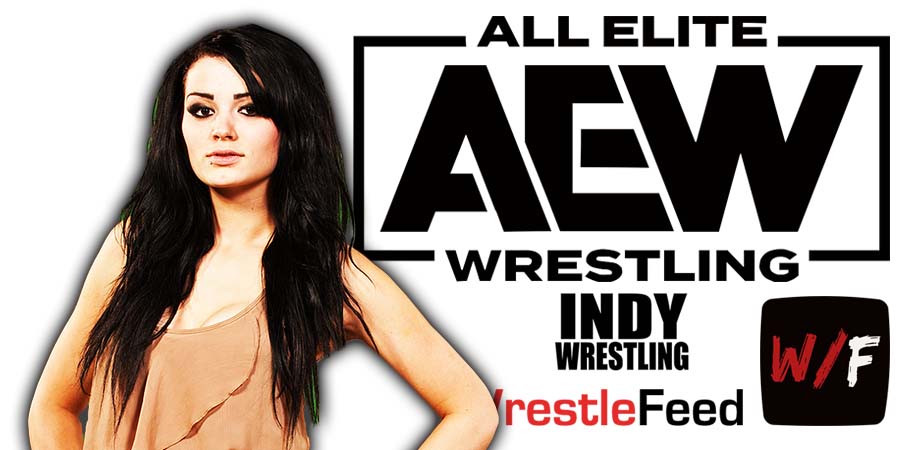 Former Divas Champion Paige will leave WWE next month when her contract expires.

“Like I tell people all the time…it’s like everyone says the women’s revolution started with The Bellas, I highly disagree!

It started with Paige and Emma! Started with them, that was the first like mainstream women’s match that got time that made people like want more and knowing that she’s capable of that not to mention seeing her story in the movie and I’ve wrestled her mom on the indies before and just got my a$$ handed to me excuse my language, but like of course like she’s someone I’ve always wanted to wrestle with.

I actually rolled around with her when she was training to come back.

She is an invaluable superstar in her own right. She is absolutely phenomenal whether she’s going to be a mouthpiece, whether she’s able to get back in the ring, like any company would be like stupid not to try to snatch her up.

I think her eventually returning to wrestling anywhere would be beneficial to whatever companies snatches her up, but I think AEW will be a smart move again because there’s something to be added to the women’s division.”

On this day in Pro Wrestling history on June 22, 1985, Bill Watts’ Mid-South Wrestling aired an episode of their weekly TV Show.

– The Snowman vs. Randy Beason

– The Fantastics vs. The Dirty White Boys