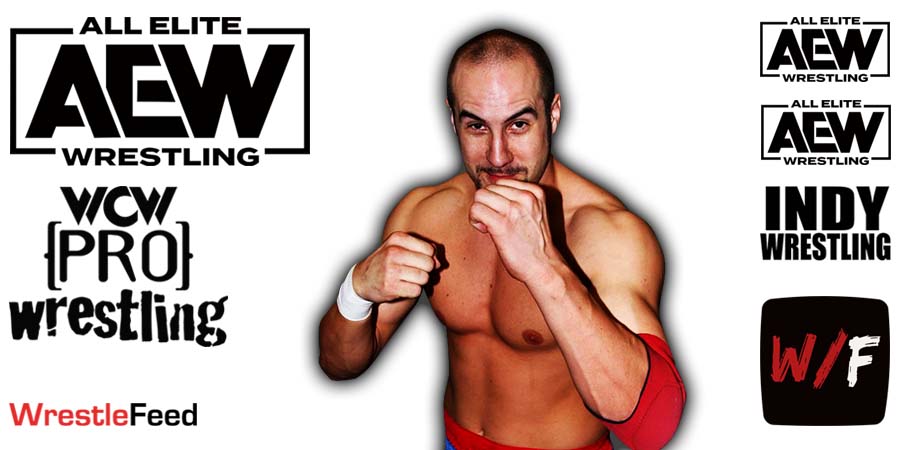 Earlier this year, during an interview on the Wrestling Perspective Podcast, AEW wrestler Eddie Kingston noted that he has unfinished business with Cesaro.

Below is what Kingston said:

“I know I say I don’t want him at AEW, but Claudio Castagnoli, I would love for him to be at AEW because I’d get to smack the sh*t out of him.

We have a lot of unfinished business. Like you said, you don’t want to know the backstage stuff, that’s fine, but there’s some serious stuff between us and I would love to end it and see if he does the right thing at AEW.

In February, Kingston tweeted the following in regards to Cesaro:

“All I am going to say is, he doesn’t have the balls to come to AEW.”

“Well look who has grown a pair! Hahahahahaha”

After the main event of tonight’s PPV, a brawl broke out between all the competitors of this Wednesday’s Blood & Guts match.

During this, Kingston was seen shouting at Cesaro despite both of them being on the same side.

Interesting developments at the conclusion of this main event here at the #ForbiddenDoor PPV; we'll see you all at #BloodAndGuts next Wednesday in Detroit!#AEWxNJPW pic.twitter.com/UqfjSUg3jy

It looks like we are going to get a feud between these two soon.

On this day in 2002, Total Nonstop Action! aired the 2nd edition of their weekly PPVs.

6. America’s Most Wanted vs. Rainbow Express