It seems like the online banter between AEW’s Matt Jackson and WWE’s Randy Orton hasn’t ended yet, as the AEW EVP has taken another shot at The Legend Killer.

As seen on this week’s RAW, Orton hit WWE Champion Drew McIntyre with 2 Punt Kicks backstage, but the fans watching could easily see on TV that they didn’t connect.

Looking to send a message after #SummerSlam, @RandyOrton leaves @dmcintyrewwe down after a devastating ambush attack on #WWERaw! pic.twitter.com/1QAM4aPFeI

On a video of the attack on Instagram, Jackson tagged Orton and told him that he didn’t hit McIntyre and took a shot at WWE for signing all the Indy talents.

“@randyorton Sweet landing.. but you didn’t hit anybody.. say hello to Bryan, Claudio, Kevin, Generico, Tyler and Adam for me.”

You can see the screenshot of his comment below: 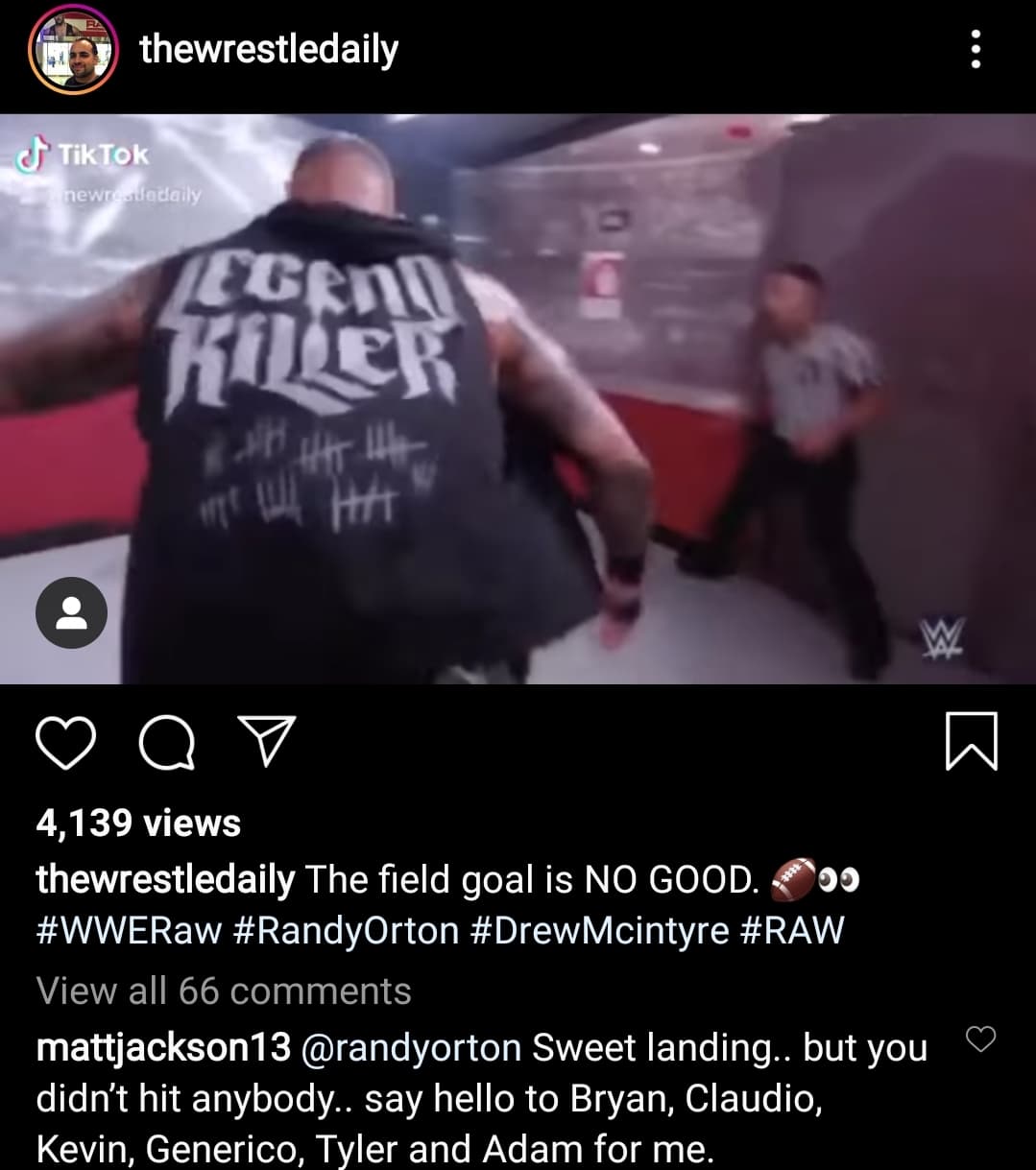 In case you missed it, this is the exact same thing Orton did on Instagram when he saw a video of Jackson botching a move on Dynamite (tap here for details).

Also Check Out: Fan Puts Chris Benoit On His Screen At The WWE ThunderDome On Tonight’s RAW (Photo)