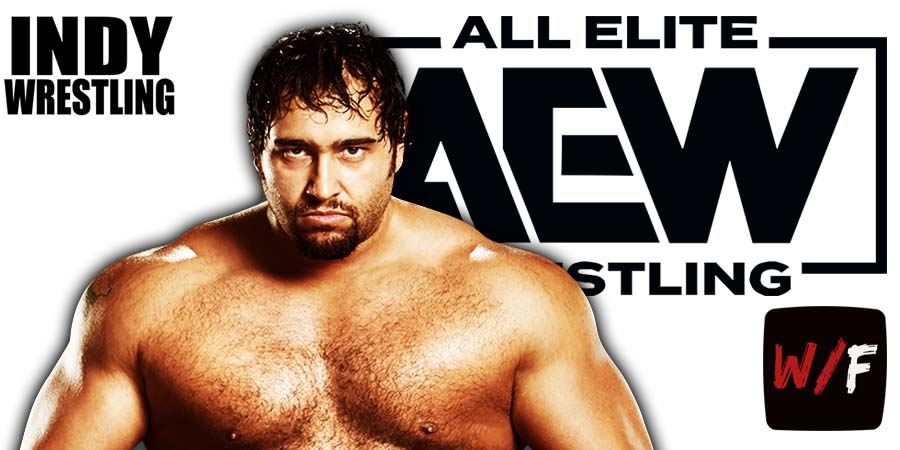 In the main event of tonight’s RAW, a dual-brand Battle Royal to determine the #1 contender for the RAW Women’s Championship took place.

Natalya and Lacey Evans were the final two women remaining in the match. Natalya managed to throw Lacey on the floor, while they were fighting on the ring apron.

Lana (who wasn’t eliminated) then came in and eliminated Natalya to win the match. She will now challenge Asuka for the RAW Women’s Championship on next week’s Season Premiere of RAW.

Lana’s husband, Miro, believes that she can become the new RAW Women’s Champion next week as he sent out the following tweet after her shocking win.

“Rocky was a jobber once as well! Long live the underdog #AMERICA”

Rocky was a jobber once as well! Long live the underdog #AMERICA

The Giant vs. Jerry Flynn