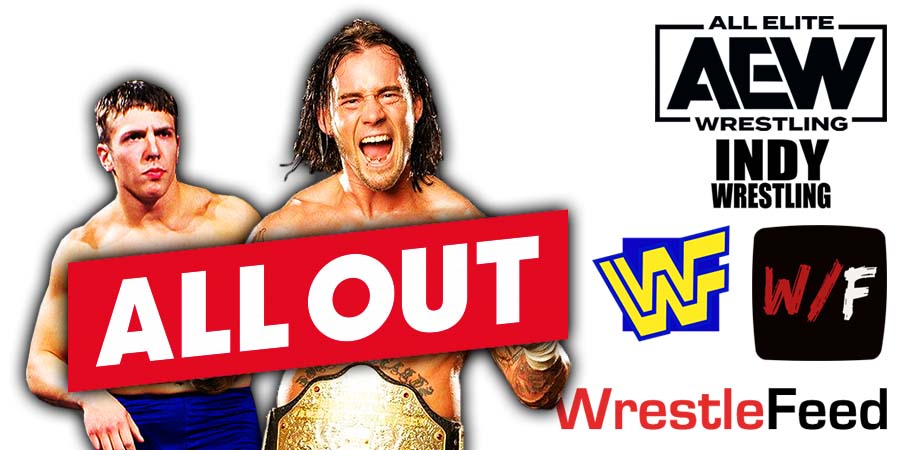 At tonight’s AEW All Out 2021 pay-per-view, CM Punk had his 1st pro-wrestling match in over 7 years, where he defeated former TNT Champion Darby Allin.

Punk tweeted the following after his match:

“That was stressful. You still got it.”

“Huge pop also if Kane shows up next imma lose it.”

This episode was pre-taped from the Resch Center Arena in Green Bay, Wisconsin and featured matches & storyline segments on the road to the ‘WWE UNFORGIVEN 2002’ PPV.