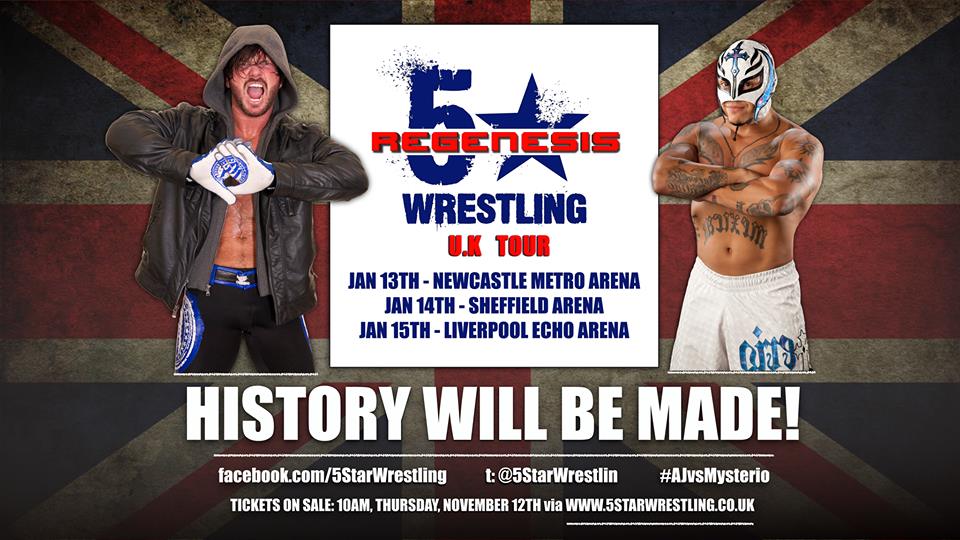 Below is what 5 Star Wrestling posted:

AJ Styles vs Rey Mysterio is FINALLY going to happen and we’re proud to say that this epic event will take place at the Sheffield Arena on the 14th of January, 2016. Tickets go on sale Thursday the 12th of November at 10am via 5StarWrestling.co.uk

Also, Rey Mysterio has only gone and signed on to be part of 5 Star Wrestling: ReGenesis – The upcoming PlayStation 4 game!

More epic announcements will be made soon including the main event of the Newcastle and Liverpool shows, neither of which you will want to miss!

Below is the promo for the match: