• Kurt Angle Reveals Which WWE Storyline He Didn’t Like Doing

During a recent Q&A session on Facebook, WWE Hall of Famer Kurt Angle was asked if he ever turned down a storyline in WWE.

“I never turned down a storyline. The one that I didn’t really like was with Booker T and Sharmell, when I was stalking Sharmell. A bit weird for me. Have tons of respect for Book and Sharmell. It was tough to do.” 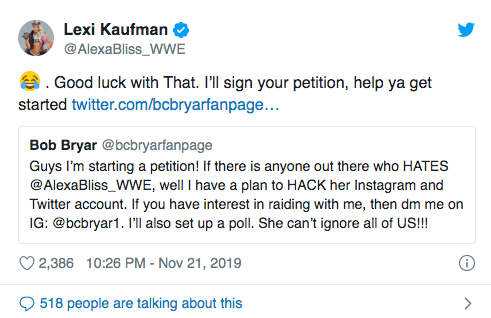