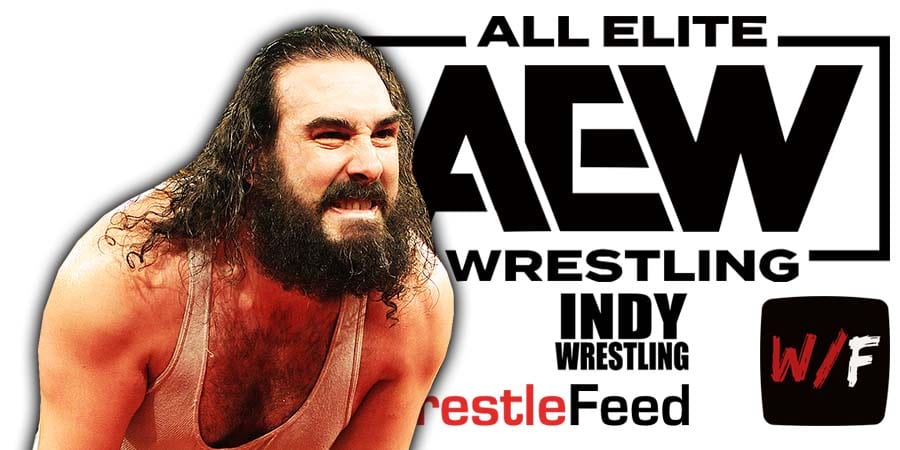 During her appearance on AEW Unrestricted podcast, Amanda Huber revealed all the events that took place during the last couple of months of her husband Jon Huber’s (Brodie Lee / Luke Harper) life.

Below are the highlights (thanks to Reddit user miber3 for the notes):

– On the day of Brodie Lee recording the AEW Unrestricted Podcast, he was on his Peloton bike but was unable to finish his workout, citing a shortness of breath. Concerned about the possibility of Covid-19, Amanda took his temperature and checked his senses of taste and smell, but it all seemed normal.

– He tried the workout again, with the same result.

– He drove to Jacksonville for Dynamite tapings. He tested negative for COVID-19, but due to his symptoms, Doc Sampson did not feel confident allowing him inside their bubble, so he drove back home.

– As a precaution, Brodie quarantined in his bedroom, away from Amanda and the kids.

– He developed a high fever Thursday. Amanda kept him hydrated but he was not eating.

– Additionally, he got a nasal swab test. The results came back Sunday, and were negative.

– Went to Urgent Care and was diagnosed with Bronchitis and allergies. Brodie said that he felt like he had pneumonia.

– He was prescribed an oral antibiotic, an oral steroid, and allergy medication.

– Was showing visible signs of distress.

– They went back to the hospital. He was leaning on Amanda as they were walking, as he was having trouble. Amanda told him to sit down and that they should get a wheelchair, but Brodie refused.

– They took him back to triage. They checked his temperature, but at that time his fever had gone away. They checked his oxygen multiple times (with multiple machines), as they didn’t believe the result. His oxygen level was 52 (normal is ~100, an asthma attack is ~85). He was rushed back to be put on oxygen.

– The doctors suspected COVID-19, and he was tested again (the third time, so far). Again, the results were negative.

– He was taken to the ICU so that they could keep a better eye on him.

– The doctor told her that they needed to transfer Brodie to another hospital outside of Tampa. They opted for the Mayo Clinic in Jacksonville, since she knew they had some connections through AEW in Jacksonville.