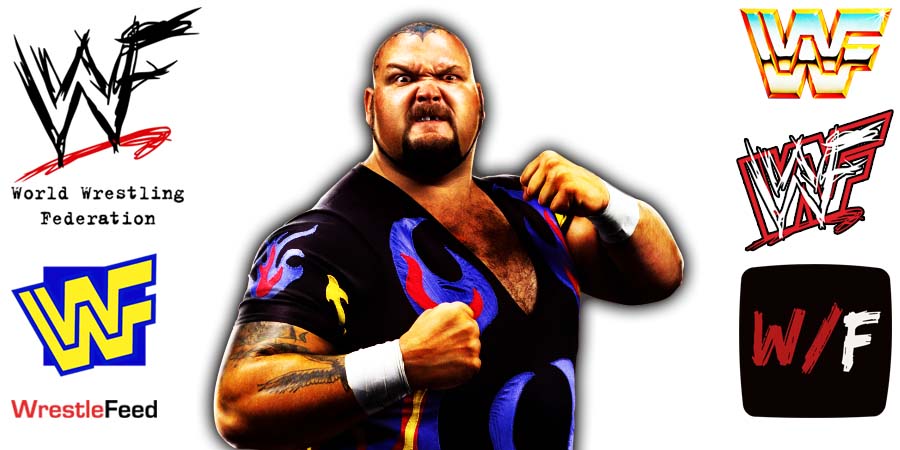 • André The Giant Didn’t Like Bam Bam Bigelow & Beat The Sh*t Out Of Him, Reason Behind It

On a recent episode of his weekly ‘Something To Wrestle With’ podcast, Old School WWF Veteran Brother Love aka Bruce Prichard revealed that André The Giant did not like fellow super-heavyweight wrestler Bam Bam Bigelow back in the day

Bruce revealed that André was pretty rough on him and constantly stiffed him during their house show matches in 1988.

Here’s what the Prichard had to say:

“Andre didn’t like Bam Bam. Go back and watch some of the f**king matches. You watch Andre grab him by the top of his garment, and Andre would just reach out since he didn’t have any hair to pull and grab him by his shirt and yank him and throw him around. Andre treated him like a ragdoll. Not a fan of Bam Bam’s at all…Andre didn’t like big guys.

I think he felt Bam Bam had a bit of an attitude coming in and that he was a young guy that hadn’t really earned his stripes in Andre’s eyes. Just didn’t like him. You know what, when you’re 7-foot-4, 500 pounds and referred to as ‘The Boss,’ you don’t really have to have a reason for anything you do.

Just brutality. Bobby Heenan would tell the story that you could almost hear [Bam Bam] just trying to get the hell out of there. Andre, again, go back and watch it, it’s gonna be on tape somewhere, and it was just Andre pretty much man-handling him. I think in some ways, I don’t know if it was Andre trying to get Bam Bam to fight back or to see ‘Okay, what are you made of, kid?’ And maybe if he had actually fought back with Andre, it may have been a different scenario.

But the fact that he didn’t, whether it was out of respect or he just couldn’t, I don’t have that answer. But Andre pretty much beat the sh*t out of him. Just brutalized him.

I think there’s a difference in fighting back and giving a receipt and letting somebody know if you’re gonna hit me that hard, I’m gonna hit you this hard and let them know. You figure it out from there.

I don’t think Andre was out to hurt him. If Andre wanted to hurt him and take him out, Andre would’ve hurt him and taken him out. So it wasn’t that. Who knows what Andre’s motives were. It may have just been, ‘I don’t like you, and I’m gonna beat the sh*t out of you tonight, and we can go.’ But who knows at that point.”