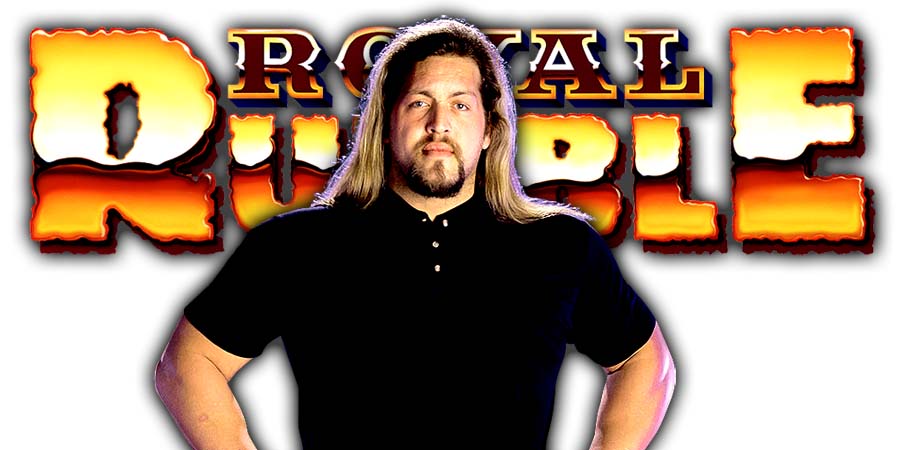 During a recent appearance on Cigars, Scars and Superstars with Terri Runnels, Lex Luger commented on signing with WCW without informing Vince McMahon, why he jumped ship, and if Vince ever spoke to him after that.

On signing with WCW without informing Vince McMahon:

“I was in a tag match with Davey Boy Smith taking on Shawn Michaels and Razor Ramon at a house show the previous day. I would have handled the situation a lot differently today, but my contract was up so legally. Sting and Eric Bischoff had talked to me and decided to bring me in, but under one condition was that I couldn’t tell Vince McMahon.

I had a great relationship with Vince McMahon. We were friends, so I was very uncomfortable with it even back then, but I decided that it was a good opportunity, and was a way to feed my family. To make a long story short, I left and Vince and Linda [McMahon] were watching at home and were both like, ‘you have got to be kidding me!’ They were shocked just as much as the fans.

On why he jumped ship:

“I felt that at the time, I had so many friends in WCW, with Sting and the other wrestlers, so I really felt at home there. After talking with Eric Bischoff, at the time I thought it was going to be a better opportunity for me. I didn’t know for sure, but timing was, going back, we are at the beginning of the Monday Night Wars so it turned out to be a good decision for me.”

On if Vince ever spoke to him after that:

“He did not speak to me until we bumped into each other several years later at an airport. He walked up like he always does, like a gentleman, he shook my hand, smiled and said that he was glad I was doing good.”

• Another Big Name Pulled From The Greatest Royal Rumble

In the updated list of participants for the 50 man Royal Rumble match, The Big Show is no longer mentioned by WWE.

You can check out the 23 confirmed entrants for the match below: