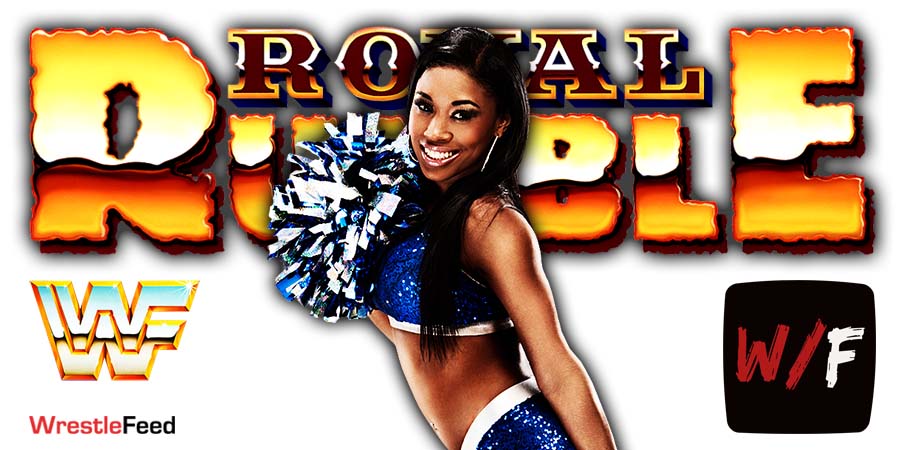 According to PWInsider, former WWE Diva Cameron (aka Ariane Andrew) is scheduled to return and compete in the Women’s Royal Rumble 2022 match this Saturday night.

Cameron (age 34) signed with the WWE in 2011 and made her main roster debut in 2012 as one-half of Brodus Clay’s Funkadactyls, along with Naomi.

She was released from the company in 2016.

In 2020, she wrestled one match in All Elite Wrestling. She teamed up with Nyla Rose to compete in the AEW Women’s Tag Team Cup Tournament, but was eliminated in the first round.