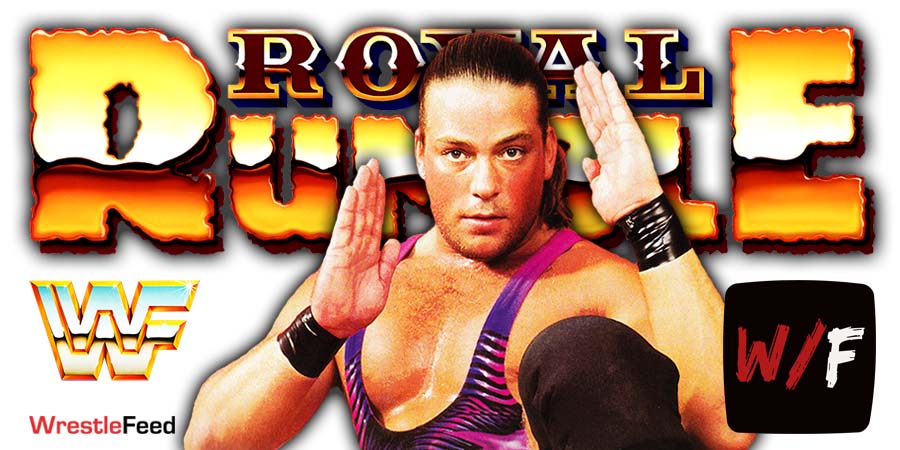 As we noted earlier, 2-time WWE Hall Of Famer X-Pac revealed during an interview with Sports Illustrated that he contacted WWE and told them he’s physically ready to get in the ring if they want him as a surprise entrant in the Men’s Royal Rumble 2022 match, but they weren’t interested.

Below is what the former DX/nWo member said:

“As far as the Royal Rumble, I gave them a heads up I’d be ready if they wanted me. I wasn’t actively campaigning for it. I wasn’t going to do that. But I let them know, and I guess they weren’t interested.”

During an interview with SK Wrestling, WWE Hall Of Famer Rob Van Dam revealed that he also called WWE to let them know he’s ready for the Royal Rumble in case they need him, but he didn’t get the call.

He even had a new ring gear ready for a possible in-ring return in WWE:

“I let them know that I was available if they needed me for Royal Rumble, and I was on standby, with a brand new outfit feeling great, you know, in a great condition.

They didn’t call me in, but it could happen anytime. I don’t have any plans for it, but you know, I would consider any situation from any company. I’d consider it. If it’s right, it’s right.”

So, I’m not done with my career because right now I have maybe 5 matches, 4 or 5 matches, but, and these aren’t matches that will be televised, you know by WWE or anyone that I know. So, it probably won’t be seen by all the fans worldwide.”

RVD was inducted into the WWE Hall of Fame last year.

Also Read: Mickie James Reveals What She Didn’t Love “At All” At Royal Rumble 2022

On this day in 2004, World Wrestling Federation aired an episode of their weekly TV show ‘WWE Sunday Night HEAT’.