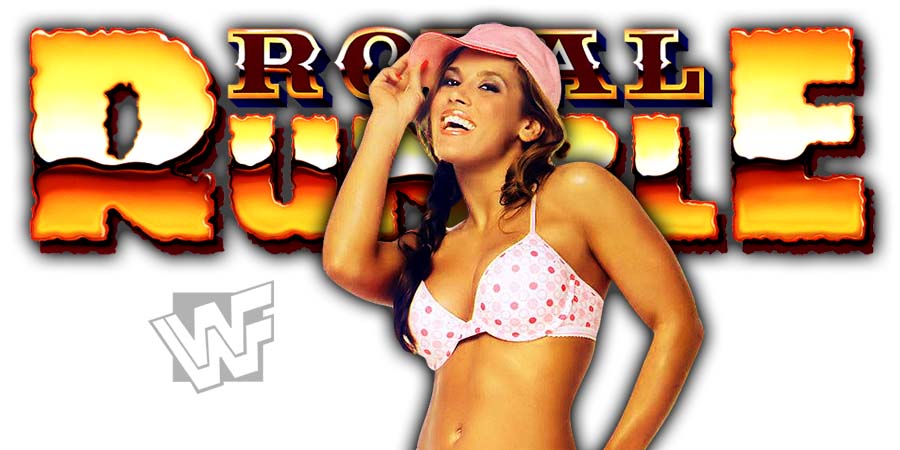 During a recent appearance on GAW TV, IMPACT Wrestling’s Knockouts World Champion Mickie James discussed the Women’s Royal Rumble 2022 match, which she was a part of.

Mickie didn’t like that former Women’s Champion Melina was eliminated in just 53 seconds. She was the #2 entry and got eliminated by the #1 entry, Sasha Banks.

Below is what Mickie said:

“I didn’t love that at all. I did love that, you know, her entrance, people did exactly what we knew they were going to do. They erupted, like ‘holysh*t’, it was so good to see her back.

She hadn’t been in WWE for over a decade, so I think that was amazing to see her get teared up, and, it was awesome.

I didn’t love the whole she got eliminated first, no I didn’t love that because obviously as I wanted to be able to be in there with her and tangle it up, and I want her to have those moments with some of the other girls, you know.

Today would have been the 104th birthday of Old School WWF Manager “Classy” Freddie Blassie.

Among Blassie’s clients were famous WWF Superstars like Hulk Hogan, The Iron Sheik, Nikolai Volkoff, Hercules Hernandez and many others.

In the summer of 1986 Freddie Blassie gave his remaining clients to the young up and coming manager Slick and slowly retired from the on screen role of his TV character.

In 1994 he was inducted into the WWF Hall of Fame (now known as WWE Hall of Fame) by famous talk show host Regis Philbin.