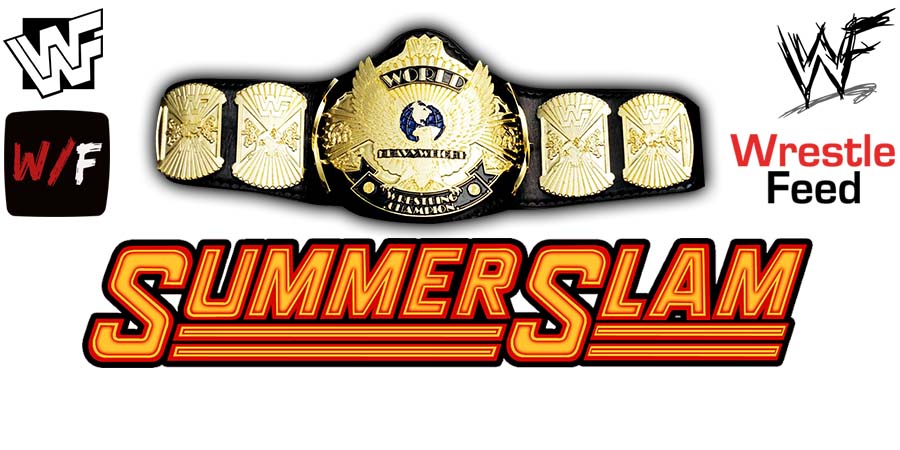 • Another Title Match Made Official For SummerSlam 2021

Tonight’s RAW kicked off with WWE Champion Bobby Lashley & MVP coming out for a promo segment.

WWE has now made Bobby Lashley vs. Goldberg for the WWE Championship official for the co-main event of SummerSlam 2021.

Below is the updated match-card for this month’s pay-per-view:

It was pre-taped at the Pittsburgh Civic Arena in Pittsburgh, Pennsylvania and featured matches, interviews & storyline segments on the road to the ‘WWF SummerSlam 1997’ PPV.