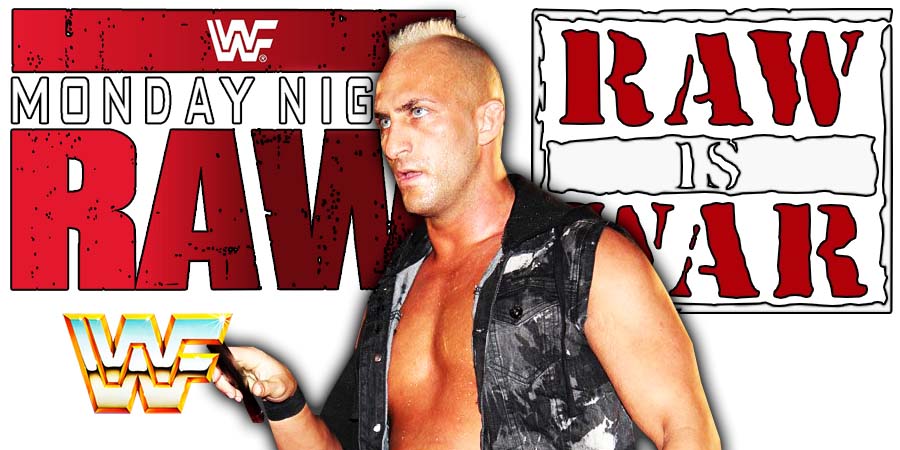 • Another WWE Star Gets A Name Change, Reason Behind It

Many WWE Superstars got their names changed as of late, like WALTER to Gunther, Austin Theory to Theory, etc.

According to the Wrestling Observer, Vince McMahon doesn’t want the up-and-coming WWE Superstars to use their real names or their indy names on TV anymore.

On last night’s RAW, Mustafa Ali returned to WWE programming after months and defeated The Miz.

After the match, he was attacked Tommaso Ciampa, whose new name is just Ciampa. The Commentary team never mentioned ‘Tommaso’ even once.

The reason behind this name change is that Tommaso is Ciampa’s real first name.

WWE’s RAW results article on their website also has no mention of Tommaso:

“Determined to prove he should be in contention for the Title in the subsequent matchup, Ali seized the opportunity.

When Miz went for the Figure Four Leg Lock in the final moments of the contest, Ali has the presence of mind to counter and pick up the quick pin fall on the A-Lister.

Before he had a chance to celebrate, though, Ciampa emerged from no where to attack Ali from behind.”

He also used to play the roles of Bruiser Mastino (WCW), Unabomb (SMW), Isaac Yankem, DDS (WWF) & Fake Diesel (WWF) before they found a character for him, that would make him famous and gave him a 20+ year run with the company: “The Big Red Machine” Kane.

In storyline, Kane was the lost brother of The Undertaker, brought to the World Wrestling Federation by Paul Bearer to go after his kayfabe brother, but a few years later they eventually started teaming up as The Brothers of Destruction.

Jacobs is currently the Mayor of Knox County (Knoxville, Tennessee), but still returns to the WWE every now and then.