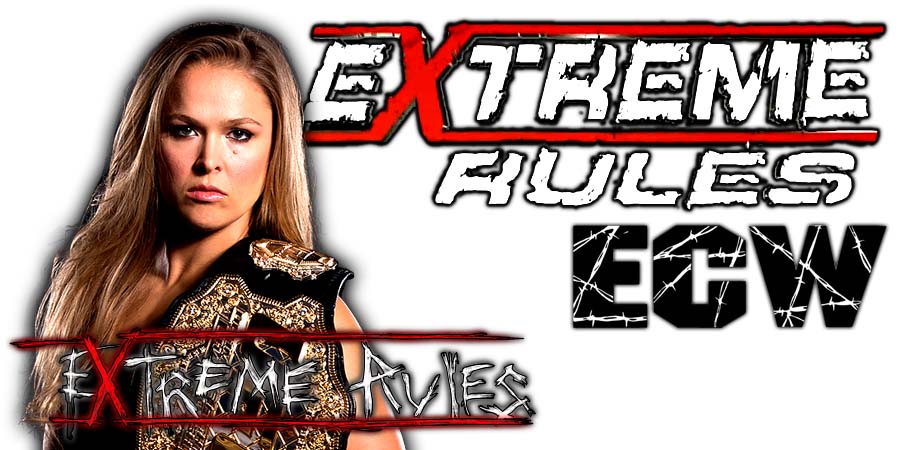 Ronda Rousey, who is currently suspended from WWE for 30 days (kayfabe), revealed in a sit-down interview that she’ll appear at Extreme Rules 2018 as a fan and watch the Extreme Rules match between Alexa Bliss and Nia Jax for the RAW Women’s Championship from ringside.

Below is the updated match-card for Extreme Rules 2018 PPV after this week’s RAW:

After WWE announced that RAW Tag Team Champion Bray Wyatt was injured in a car accident, they announced another injury to another RAW star – Ruby Riott.

“Ruby Riott sustained an injury to her left knee at a WWE Live Event over the weekend.

An MRI to determine the extent of the damage was scheduled for earlier today.”